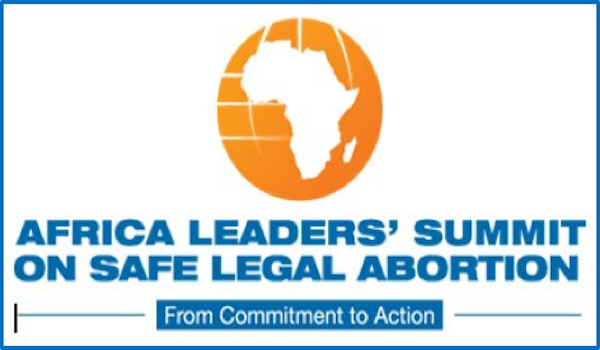 In January 2016, in celebration of the African Union Year of Human Rights, Especially Women’s Rights, the African Commission on Human and Peoples’ Rights (ACHPR) launched a regional campaign on decriminalization of abortion. The Pan African Parliament has committed to a regional advocacy campaign on the issue, and the African Union Commission’s Department of Social Affairs plays an important role in monitoring and supporting the implementation of the revised Maputo Plan of Action for Sexual and Reproductive Health and Rights. On 19-20 January 2017, a meeting was held in Addis Ababa in support of the Special Rapporteur on the Rights of Women in Africa, Lucy Asuagbor, ACHPR, to commemorate the first anniversary of the launch of the campaign, where the following declaration was passed:

We, the representatives of government, inter-governmental institutions, National Human Rights Institutions, civil society, medical fraternity, law enforcement agencies, youth, academia, representing all the five regions of Africa, having attended the African Leaders’ Summit on Safe and Legal Abortion on the 19th and 20th of January 2017 in Addis Ababa to develop strategies to advance the right to safe, legal abortion as a fundamental women’s human right in Africa;

ACKNOWLEDGING that Africa has a comprehensive legal and policy framework that supports the right to safe legal abortion which includes the Protocol to the African Charter on Human and Peoples’ Rights on the Rights of Women in Africa (Maputo Protocol) and the Revised Maputo Plan of Action 2016-2030;

NOTING that the African Commission on Human and Peoples’ Rights (ACHPR) is implementing the Campaign for the Decriminalisation of Abortion in Africa;

APPRECIATING the countries that have taken steps to enact and implement the continental framework on sexual and reproductive health and rights including passing progressive laws on abortion and making services available;

CONCERNED that some African States are yet to ratify the Maputo Protocol and that those that have are yet to implement it as they still retain very restrictive laws on abortion which, coupled with social, political, cultural and economic factors, predispose women and girls to unplanned pregnancies and unsafe abortions;

AWARE that as a consequence six-million unsafe abortions continue to occur on the continent each year resulting in the deaths of about 29,000 women and girls who are mostly young, poor, undereducated, rural-based, living with disabilities without any accountability for the same;

MINDFUL that 65% of the population in Africa constitutes of young people and that most are not meaningfully engaged economically, socially, culturally and politically at the national, sub-regional and regional levels impacting their ability to realise among others their sexual and reproductive health and rights including access to safe, legal abortion;

CONCERNED about shrinking space for civil society work in Africa including through restrictive regulatory frameworks;