The power of civil disobedience: a doctor who decided to violate Texas’s abortion ban 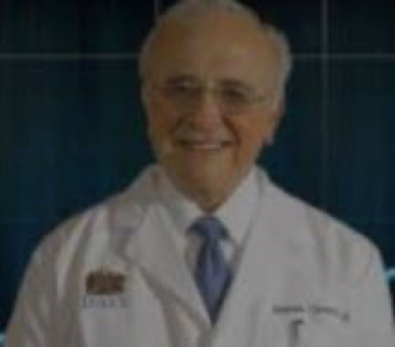 Dr Alan Braid (above photo) published this personal testimony in the Washington Post on 18 September:

“Newly graduated from the University of Texas medical school, I began my obstetrics and gynecology residency at a San Antonio hospital on July 1, 1972. At the time, abortion was effectively illegal in Texas – unless a psychiatrist certified a woman was suicidal. If the woman had money, we’d refer her to clinics in Colorado, California or New York. The rest were on their own. Some travelled across the border to Mexico.

“At the hospital that year, I saw three teenagers die from illegal abortions. One… came into the emergency room with her vaginal cavity packed with rags. She died a few days later from massive organ failure, caused by a septic infection.

“In medical school in Texas, we’d been taught that abortion was an integral part of women’s health care. When the Supreme Court issued its ruling in Roe v. Wade in 1973, recognizing abortion as a constitutional right, it enabled me to do the job I was trained to do.

“For the next 45 years – not including two years in the Air Force – I was a practicing Ob/Gyn in Texas, conducting Pap smears, pelvic exams and pregnancy check-ups; delivering more than 10,000 babies; and providing abortion care at clinics I opened in Houston and San Antonio, and another in Oklahoma.

“Then, this month, everything changed. The new Texas law… shut down about 80% of the abortion services we provide. Anyone who suspects I have violated the new law can sue me for at least $10,000. They could also sue anybody who helps a person obtain an abortion past the new limit, including, apparently, the driver who brings a patient to my clinic. For me, it is 1972 all over again.

“And that is why, on the morning of Sept. 6, I provided an abortion to a woman who, though still in her first trimester, was beyond the state’s new limit. I acted because I had a duty of care to this patient, as I do for all patients, and because she has a fundamental right to receive this care. I fully understood that there could be legal consequences — but I wanted to make sure that Texas didn’t get away with its bid to prevent this blatantly unconstitutional law from being tested….

“Though we never ask why someone has come to our clinic, they often tell us. They’re finishing school or they already have three children, they’re in an abusive relationship, or it’s just not time. A majority are mothers. Most are between 18 and 30. Many are struggling financially – more than half qualify for some form of financial aid from us. Several times a month, a woman confides that she is having the abortion because she has been raped. Sometimes, she reports it to the police; more often, she doesn’t. Texas’s new law makes no exceptions for rape or incest.

“Even before this, Texas had some of the most restrictive abortion laws in the country. That includes a 24-hour waiting period, meaning a woman has to make at least two visits to our clinic. Ultrasound imaging is mandatory. Parental consent is required for minors, unless they obtain court approval. And yet, despite the restrictions, we were always able to continue providing compassionate care up to the legal limit of 22 weeks. It meant hiring more staff, everything took longer, but we managed. Until September 1.

“Since then, most of our patients have been too far along in their pregnancies to qualify for abortion care. I tell them that we can offer services only if we cannot see the presence of cardiac activity on an ultrasound, which usually occurs at about six weeks, before most people know they are pregnant. The tension is unbearable as they lie there, waiting to hear their fate.

“If we detect cardiac activity, we have to refer them out of state. One of the women I talked with since the law took effect is 42. She has four kids, three under 12. I advised her that she could go to Oklahoma. That’s a nine-hour drive one way. I explained we could help with the funding. She told me she couldn’t go even if we flew her in a private jet. ‘Who’s going to take care of my kids?’ she asked me. ‘What about my job? I can’t miss work.’

“I understand that by providing an abortion beyond the new legal limit, I am taking a personal risk, but it’s something I believe in strongly. Represented by the Center for Reproductive Rights, my clinics are among the plaintiffs in an ongoing federal lawsuit to stop this law.

“I have daughters, granddaughters and nieces. I believe abortion is an essential part of health care. I have spent the past 50 years treating and helping patients. I can’t just sit back and watch us return to 1972.” 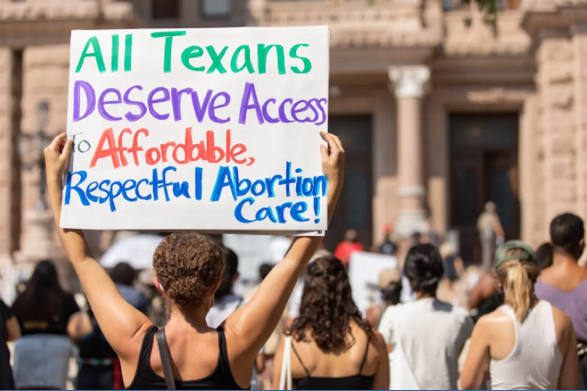 On 20 September, two days after his Washington Post “confession”, Dr Alan Braid was sued in two separate lawsuits for performing an abortion illegally, the first lawsuits based on the law’s goal of making abortion providers targets of litigation. However, one of the plaintiffs says he is not opposed to abortion and the other’s lawsuit reportedly asks that the state’s new abortion restrictions be ruled unconstitutional.

One suit was filed by Illinois resident Felipe N Gomez, who identified himself as a “Pro Choice Plaintiff” and aligns himself with Braid in the lawsuit, according to KSAT News. Gomez does not ask for monetary damages in the suit, but asks “the Court to declare that the Act is unconstitutional, and in violation of Roe v Wade,” according to the TV station.

The plaintiff for the other lawsuit is Oscar Stilley, according to a copy of the lawsuit he posted online. Stilley describes himself as a “disbarred and disgraced former Arkansas lawyer”, who was convicted of tax fraud in 2010. He said in an interview that he’s not personally opposed to abortion, and he doesn’t think the law is necessarily a good one. However, he said he wants the $10,000 and will seek advice from anti-abortion organizations on how best to argue his case. If the law is struck down, he’ll count it as a win to find out if the lawsuit has merit or not. “I’m not gonna let this thing fester so doctors are afraid. I want a prompt and honest decision,” he said. “Let’s find out if this thing is the law… if it is, let’s live by it, if not let’s get it struck down.” He also said he expects to see this case move to an appellate court and possibly the US Supreme Court.

A Texas state judge issued an injunction against anti-abortion group Texas Right to Life, blocking it from trying to enforce the new six-week abortion ban against Planned Parenthood in Texas. The injunction was issued by Judge Karin Crump of the Travis County court. It applies to anyone affiliated with the group and stops them from filing a lawsuit against Planned Parenthood for any potential violation of the law that effectively bans most abortions in Texas and gives private citizens the power to enforce it. Other short-term temporary restraining orders are in place against other anti-abortion advocates, and more permanent injunctions are being sought in those cases. Even so, abortion clinics in the state have largely stopped providing abortion care for women more than six weeks pregnant for fear of litigation from private parties. 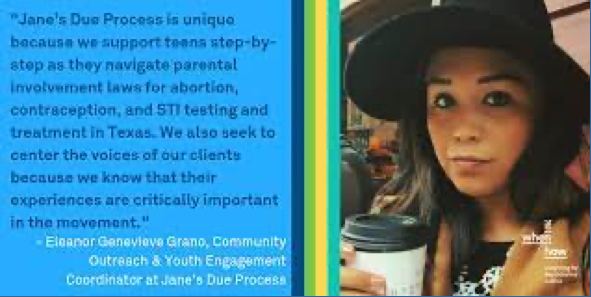 National Public Radio aired a 5-Minute Listen Video in which Lulu Garcia-Navarro speaks with Rosann Mariapurram, Executive Director of Jane’s Due Process, a grassroots organisation in Texas that helps those under 18 access abortion care. Mariappuram said that the majority of those who go to them are over six weeks pregnant. So they do everything they can to help them get an abortion out of state. Only a handful of youth find out they’re pregnant before six weeks, and in those instances, they’re trying to move as quickly as possible. But if these young women cannot provide parental consent, they need to go to court for a judicial bypass, which causes 2-3 weeks of delay. All their clinics are adhering to the law, but are also sharing information and not allowing the law to force them into not helping people with information. Their hotlines remain open. They’re trying to get teens in Texas to keep on calling and texting them so they can find out what their options are. As long as a young person can safely get out of the state, they will support their right and freedom to travel for health care.

Health and Human Services Secretary Xavier Becerra announced on 17 September that the Office for Population Affairs is providing additional funding to Austin non-profit group Every Body Texas to address a potential increase in clients’ need for emergency contraception and family planning services. The group is the statewide administrator of the federal Title X funding programme that provides family planning and reproductive health services to low-income patients.

US Attorney-General challenges the Texas law in court as unconstitutional 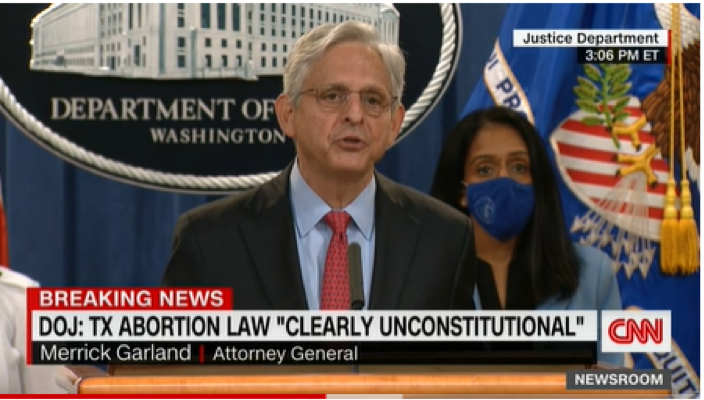 The Department of Justice of the Biden administration is challenging Texas’ near-total ban on abortion in court. The case will be heard on 1 October 2021.