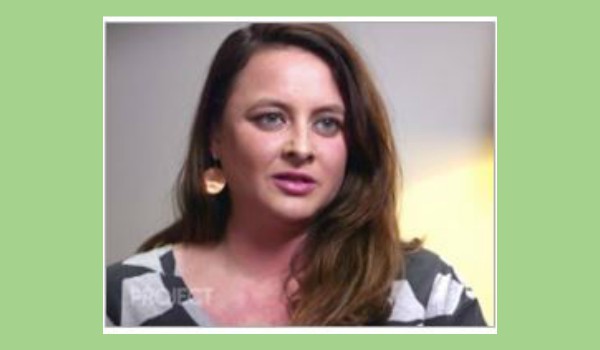 In July 2018, Angela Williamson posted a petition on the Change website asking for support in calling for affordable, accessible abortion in Australia. In it, she described her personal experience earlier this year of having been unable to obtain a surgical abortion in Tasmania and having to fly interstate for it, which cost her thousands of dollars. She sent out a personal tweet about her experience and was sacked from her job, and she then decided to create the petition, which on 6 August had 31,362 signatories.

The petition needs a bit more background than she provides. The last day-clinic doing surgical abortions in Tasmania was closed by the doctor who founded the Tabbot Foundation, because the cost and bureaucracy of running a clinic for fewer and fewer women became unviable as almost all women seeking an abortion preferred to use medical abortion pills. He then started Tabbot, which provides medical abortion pills via telemedicine through 9 weeks of pregnancy. The Tasmanian Health Minister was given quite a lot of notice that the clinic would be closing, but has failed so far to give his approval for surgical abortion to be done in the public hospitals in Tasmania.

According to the Tabbot Foundation, who have expanded and now provide medical abortion pills in every state of Australia, it had been agreed some 15 years before in Tasmania that private facilities would provide a surgical abortion service so as not to worsen the existing queues for services in the public hospitals. But everything has changed since then. The Tabbot Foundation now argue that public hospitals need to take responsibility for women who cannot have a medical abortion, or who are more than 9 weeks pregnant (to conform with the 2013 law) as private clinics are no longer viable. As public services are also non-existent, women are having to travel to Victoria, where they can get a surgical abortion up to 14 weeks. Meanwhile, public hospitals in Tasmania still have big waiting lists for surgery of all kinds.

There is apparently no one trained to do abortions over 9 weeks in Tasmania. And it is difficult to get highly trained specialists to live there, or even fly in when the numbers are so low (only about 8 women a week). Moreover, Mr Ferguson, the Tasmanian Health Minister, is known to have anti-abortion views. The Australian (Federal) Health Minister Greg Hunt has been quoted as saying to Mr Ferguson that “Women have abortions, get used to it”, but so far to no avail. Another problem is that Victoria doesn’t want to have to take responsibility for Tasmanian women’s abortions.

The Tabbot Foundation provides a very good service in Tasmania and all over Australia for medical abortions – most women receive their medications by express post within 24 hours, and have 24-hour medical support via phone, with extra medication for various complications routinely included (they have less than a 3% complication rate). The media have failed to publicise the fact that medical abortion is increasing and that that is what caused the surgical services to close. Tabbot say Angela Williamson is to be commended for speaking out, but at a heavy price, it cost her job.