Reproductive freedom cases decided by the Supreme Court from 1965 to 2007: proof that abortion is a crucial issue historically and legally in US law and policy 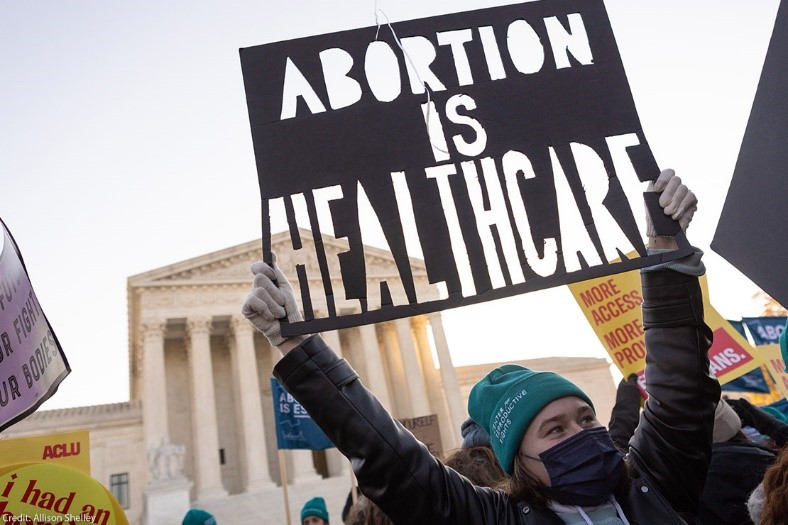 Since its founding in 1920, the American Civil Liberties Union (ACLU) has recognised that personal privacy and reproductive rights are among our most important constitutional liberties. In its earliest years, the ACLU defended activists like Margaret Sanger and Mary Ware Dennett when officials tried to prevent them from speaking and publishing about human sexuality, reproduction and contraception. In the succeeding decades, they were pioneering legal advocates for the right to contraception, the right to abortion, and the right to bear a child. When they go to court, they litigate in association with their affiliates around the nation and often other allies as well. In 1974, the ACLU created the Reproductive Freedom Project to defend and expand the right to choose. The following list indicates their involvement in virtually all of the major Supreme Court cases dealing with reproductive freedom.

These cases have set important legal precedents. Shortened summaries are provided below for most of them. The whole report is well worth reading as legal background to how this year’s judgment will be influenced by previous judgments, almost all of which were in support of safe, legal abortion.

1965 Griswold v. Connecticut
The Court struck down a state prohibition against the prescription, sale, or use of contraceptives, even for married couples. The Court held that the Constitution guarantees a “right to privacy” when individuals make decisions about intimate, personal matters such as childbearing.

1971 United States v. Vuitch
The first case about abortion to reach the Supreme Court, in which a doctor challenged the constitutionality of a District of Columbia law permitting abortion only to preserve a woman’s life or health. The Court concluded that “health” should be understood to include psychological as well as physical well-being. The Court also held that the burden of proof should be on the prosecutor who brought charges, not on the doctor.

1972 Eisenstadt v. Baird
The Court struck down a Massachusetts law limiting the distribution of contraceptives to married couples whose physicians had prescribed them. This decision established the right of unmarried individuals to obtain contraceptives.

1973 Roe v. Wade
This case challenged a Texas law prohibiting all but life-saving abortions. The Court invalidated the law on the ground that the constitutional right to privacy encompasses a woman’s decision whether or not to terminate her pregnancy. Characterising this right as “fundamental” to a woman’s life and future, the Court held that the state could not interfere with the abortion decision unless it had a compelling reason. A compelling interest in protecting the potential life of the fetus could be asserted only once it became “viable” and even then a woman had to have access to an abortion if it were necessary to preserve her life or health.

1973 Doe v. Bolton
The Court overturned a Georgia law that prohibited abortions except to preserve a woman’s life or health and in cases of fetal abnormality or rape. It also required that all abortions be performed in accredited hospitals and that a hospital committee and two doctors in addition to the woman’s own doctor give their approval. The Court held the law unconstitutional because it imposed too many restrictions and interfered with a woman’s right to decide, in consultation with her physician, to terminate her pregnancy.

1975 Bigelow v. Virginia
The Court ruled that states could not ban advertising by abortion clinics as they violated the First Amendment guarantees of freedom of speech and freedom of the press.

There are over a dozen more cases summarised in this report:

1979 Bellotti v. Baird – about girls under 18 having to obtain parental/judicial consent.

1983 City of Akron v. Akron Center for Reproductive Health
The Court ruled that the city could not require minors under 15 to obtain parental or judicial consent; nor require physicians to give women information designed to dissuade them from having abortions, nor impose a 24-hour waiting period after the signing of the consent form; or require that all second-trimester abortions be performed in a hospital.

1986 Thornburgh v. American College of Obstetricians and Gynecologists
The Court struck down a Pennsylvania provision requiring doctors to use abortion techniques that maximised the chance of fetal survival, even when they increased the medical risks to the woman’s life or health.

1989 Webster v. Reproductive Health Services
The case challenged a Missouri law that forbade the use of public facilities for all abortions except those necessary to save a woman’s life, and required physicians to perform tests to determine the viability of fetuses after 20 weeks of gestation. The Supreme Court upheld the anti-choice provisions, opening the door to greater state regulation of abortion. The Court refused to use the case as a vehicle for overruling Roe v. Wade, however.

1990 Hodgson v. Minnesota
This case challenged a state law that required a minor to notify both biological parents before having an abortion. It made no exception for divorced or unmarried parents, or those who were unknown to their daughters. The ACLU secured for teenagers the option of going to court to obtain authorisation for an abortion, when they could not or would not comply with parental notification.

1991 Rust v. Sullivan
This was a complicated case about the Global Gag Rule.

1992 Planned Parenthood of Southeastern Pennsylvania v. Casey
This case was a challenge to a set of onerous restrictions on abortion enacted in Pennsylvania. The Supreme Court did not overrule the core of Roe v. Wade, but preserved constitutional protection for the right to choose. But it adopted a new and weaker test for evaluating restrictive abortion laws – that state regulations can survive constitutional review so long as they do not place an “undue burden – a substantial obstacle in the path of a woman seeking an abortion of a non-viable fetus”.

2000 Stenberg v. Carhart (Carhart I)
The Court invalidated Nebraska’s “partial-birth abortion” ban because of its failure to include a health exception if the woman’s health is threatened, and preventing use of the most common method of second trimester abortion, thereby imposing an “undue burden.” At the time, AlJazeera reports, Justice Stephen Breyer wrote, because the Constitution guarantees “fundamental individual liberty” and must govern even when there are strong divisions in the country, “this Court, in the course of a generation, has determined and then redetermined that the Constitution offers basic protection to the woman’s right to choose.”

2001 Ferguson v. City of Charleston
The Court voided a South Carolina public hospital policy mandating drug testing of pregnant women. In a 6-3 decision, the Court held that the Fourth Amendment does not permit the state, acting without either a warrant or individualised suspicion, to drug test pregnant women who seek prenatal care in a public hospital. Furthermore, the Court insisted on the importance of confidentiality in the medical context. Justice Ruth Bader Ginsburg, who died in 2020, attacked the majority for placing women’s health at risk and for undermining women’s struggle for equality. She wrote, “[women’s] ability to realize their full potential . . . is intimately connected to ‘their ability to control their reproductive lives.'”

2007 Gonzales v. Carhart and Gonzales v. Planned Parenthood Federation of America, Inc
A major loss in that the first-ever federal ban on abortion methods was accepted even though it fails to include an exception to protect women’s health. In a 5-4 decision, the Court upheld the federal ban, undermining a core principle of Roe v. Wade: that women’s health must remain paramount. In so doing, the Court essentially overturned its decision in Stenberg v. Carhart seven years earlier. Writing for the majority, Justice Kennedy evoked antiquated notions of women’s place in society and called in to question their decision-making ability. Furthermore, Kennedy held that in the face of “medical uncertainty” lawmakers could overrule a doctor’s medical judgment and that the “State’s interest in promoting respect for human life at all stages in the pregnancy” could outweigh a woman’s interest in protecting her health.

Chief Justice John Roberts supported the 2007 ban, and in a judgment in 2016, he dissented when the Court struck down Texas restrictions on abortion clinics in a case called Whole Woman’s Health. But in 2020, when a virtually identical law to that of 2016 from Louisiana came before the Court, Roberts voted against it and wrote the opinion controlling the outcome of the case. His position reflected his understanding of Constitutional law, not his personal opinion about abortion.

SOURCES: Timeline of important reproductive freedom cases decided by the Supreme Court, by American Civil Liberties Union (undated) + PHOTO by Allison Shelley ; AlJazeera. In their words: US Supreme Court justices’ records on abortion, 4 May 2022. [Both these reports are well worth reading in full.]