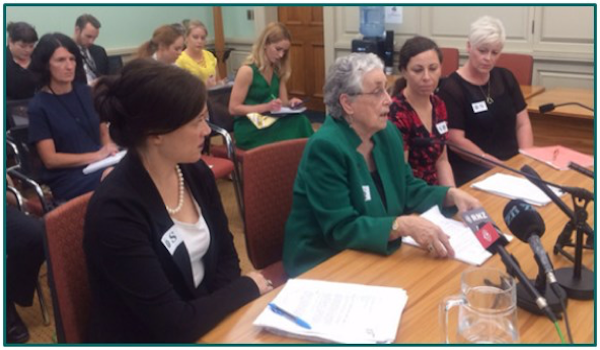 Parliament carried its annual review of the Abortion Supervisory Committee in March. The Prime Minister had already said he didn’t want to change the abortion law.

The NZ Herald put out a call for any women who’d had an abortion to share their experience, and whether they wanted to see change.

“A” was in a loving long-term relationship when she got pregnant at 18. They were using condoms, but it wasn’t enough. When she found out she was pregnant, her boyfriend was clear that he wasn’t ready to be a dad. “After having an absent father all my life, I couldn’t bring myself to bring a child into the world whose father didn’t want it,” she said. “Plus, I was earning the minimum wage of the time, and living with my parents. Not the ideal situation for raising a child not wanted by its dad. I had to go to G.. for meetings with three separate people to prove that my life, but most importantly my mental health, would be harmed by having this baby. The whole process took a month. In the meantime I had the worst morning sickness, and couldn’t bring myself to discuss my situation with anyone, because I knew no one that had had an abortion.”

“B” needed an abortion when she was 19. She was sure of her decision, but when her regular doctor wasn’t available, she made an appointment with the other GP at the centre. What happened next left her in tears. She sat me down for maybe 25 minutes, gave me a massive lecture on all the other options, and told me abortion was a terrible thing,” B said. “It made it 100 per cent worse. I was set on what I wanted to do, and fine with it. Then I went from being sure of myself, to being pretty upset. I’ve never had a doctor talk to me like that about anything else.” Eventually, the doctor told B that she wouldn’t do the referral. “That would have been fine, but that was all she needed to say. But instead of that she was so full on, put a real guilt trip on. That incident did delay me by about a month, so it ended up being a pretty urgent situation.”