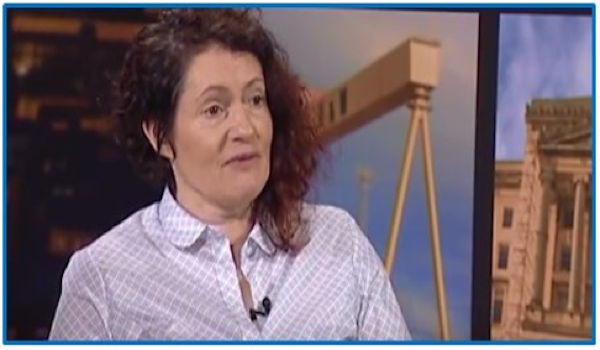 A bill was introduced in the UK Parliament in London on 13 March that would decriminalise abortion up to 24 weeks of pregnancy, that is, it would remove two clauses from an 1861 law that criminalises all abortions. The bill will have its second reading on 24 March, supported by a cross-party group of MPs. The bill has a long way to go but there is cause for rejoicing in the pro-choice community. Clare Murphy of Bpas, the group who led on taking such a bill forward with the support of the Royal College of Midwives, said yesterday that one of the major planks of the argument for law reform were concerns about the growing numbers of women who are buying, sharing and using medical abortion pills obtained online. This is happening across the UK, but especially in Northern Ireland, and a number of women have already been prosecuted for doing so under the 1861 Act in both England and Northern Ireland.

The 1861 Act, which also still pertains in most former British colonies, makes it illegal for any woman to use any “noxious” substance (i.e. anything that would kill an embryo/fetus) or any other means to have an abortion, and anyone else who helps them to do so. While the 1967 Abortion Act introduced a wide range of exceptions to this, allowing almost everyone in England, Scotland and Wales to have a legal abortion, it put the decision whether an abortion is permitted firmly into the hands of two doctors and requires any abortion to be managed by them. The 1967 Act does not permit women taking the means of abortion into their own hands. This was not at issue in 1967 because medical abortions pills had not yet been invented. And crucially, the 1967 Act does not apply  at all in Northern Ireland, where almost no one is able to have a legal abortion and everyone has to travel to do so. Until medical abortion pills were invented.

So while we are rejoicing in England & Wales (and Scotland will hopefully to follow suit), the authorities in Northern Ireland have launched what is beginning to look like a full-scale crackdown on abortion pills being ordered online. On 10 March, the Northern Ireland Alliance for Choice reported on Facebook that although all political parties in Northern Ireland have expressed the will during recent elections to decriminalise women seeking abortion, the Police Service of Northern Ireland (PSNI) and the Public Prosecution Service are pursuing and moving to prosecute those seeking abortion and those helping others to seek abortion. This includes raids over the past week, in which the Police Service of Northern Ireland (PSNI) raided two addresses in Belfast, and had a warrant to confiscate the phone and laptop of a person at one of the premises. At least a dozen other people connected with the pills have been contacted by the PSNI and invited for “interview”. Another 15 cases are also thought to be pending.

In a television interview about these events (All4Choice video), Helen Crickard, an artist in Belfast, said police arrived at her workshop on Wednesday with a warrant. Officers said they had intercepted a package bound for her address containing abortion pills. “They had a warrant to seize abortion pills, ‘instruments’ used to procure an abortion, and mobile phones and laptops,” she said. “Anyone who is expecting a delivery of pills is now facing being criminalised at great cost. It’s not a nice feeling to think that people are after you. However, we won’t be silent. We’re creative, and we will find ways around this.” Crickard would not say whether she had ordered abortion pills. “I haven’t done anything wrong. I haven’t done anything I believe is wrong,” she said.

In June 2015, more than 200 pro-choice activists, including Crickard, signed an open letter stating they had helped women to get pills and inviting the PSNI to prosecute them. This followed the arrest of a Belfast mother accused of procuring abortion pills for her daughter, whose case is coming up for review in several months.

This All4Choice video on Northern Ireland local community television station NVTV features activists’ responses to the raids. NI Alliance for Choice have asked if you can share the video on social media and tweet your solidarity using #trustwomen.

Here’s a suggested tweet: I stand in solidarity with those targeted by police in Northern Ireland abortion pill raids #trustwomen @All4Choice https://t.co/JX7HJd6b4Z

SOURCES: The Independent, by Siobhan Fenton, 13 March 2017 ; The Sunday Times, by Ellen Coyne, 12 March 2017; All4Choice video Interview with Helen Crickard (above) and others