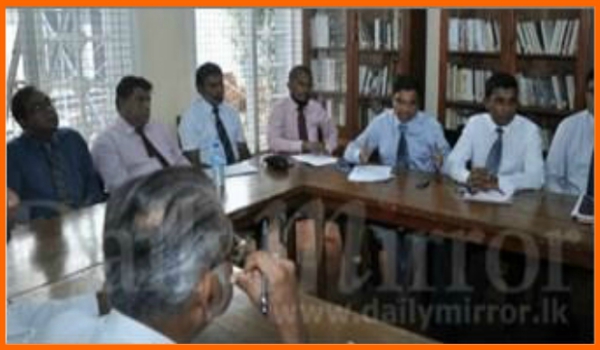 An all-male group of medical doctors representing the Sri Lankan Health Ministry met with a group of all-male religious leaders of the Congress of Religions in Colombo to explain and discuss proposed amendments to the abortion law.

Prof Sujeewa Amarasena, Professor in Paediatrics, Ruhuna University Medicine Faculty, said the recommendations had been made to decriminalise abortion and allow for medical termination of pregnancies only in three specific circumstances under strict regulations.The three instances were sexual abuse and incest, pregnancy in a girl below the age of 16 (as a victim of statutory sexual assault) and serious fetal impairment.

“Even for these instances, a Magistrate will have the final say in the decision and the approval of a panel of three physicians, including the Judicial Medical Officer and a psychiatrist, should be sought in order to proceed. Abortion should only be performed by a state medical doctor at a government hospital. In case of a sexual abuse, a complaint should be lodged with the police informing the crime,” he said.

He said the recommendations to amend the existing laws pertaining to abortion, which were set by the Penal Code of 1883, were brought out of compassion and it was only for those who are in need of abortion.He also said some 600-1,000 illegal abortions are taking place daily in the country, putting the lives of women at major risk.He expressed the hope that the situation for women would improve, as has happened in other countries where the law was reformed to allow some abortions.

How many of these illegal abortions would become legal under the law being proposed, given the stringency of the requirements attached to it, is unclear. But as one participant in the meeting said, a lot depended on how the law was implemented.