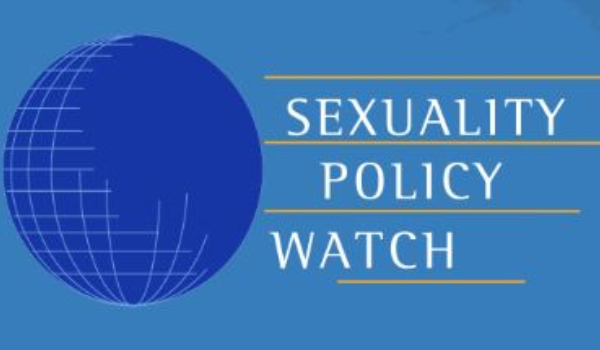 “Sex is always political”, and its politicization involves the continual attempt to draw boundaries between “good” and “bad” sex, based on “hierarchies of sexual value” in religion, medicine, public policies and popular culture. These hierarchies “function in much the same ways as do ideological systems of racism, ethnocentrism, and religious chauvinism. They rationalize the well-being of the sexually privileged and the adversity of the sexual rabble.” But in some historical periods, negotiations over sexual “goodness” and “badness” become “more sharply contested and more overtly politicized”. (Gayle Rubin, 1984)

We are living in one of those periods. The ethical and political conflicts that Rubin warned us about, far from being resolved, are more prevalent today than ever – on a global scale. In the current context – with the revival of religious extremism of all kinds, backlashes against women’s and LGBT movements, the “war on terror” and its rationalization of unrelenting militarism and torture (including sexual torture), US economic and military hegemony (especially with a Christian fundamentalist at the helm), and an atmosphere of unbridled power – the victims are peacefulness, human rights, and environments where people can live full and pleasurable lives.

Sexuality Policy Watch is a global forum composed of researchers and activists from a wide range of countries and regions of the world, launched in 2002. Since its establishment, SPW has undertaken a series of strategic analyses devoted to the critical mapping of conditions prevailing in sexual politics landscapes globally and locally. It has also consolidated itself as a credible source of up-to-date information on facts, research findings and public debates around a wide gamut of sexual rights areas, such as: abortion, gender-based sexual violence, sex work, LGBTI rights, HIV and AIDS.  In 2013, SPW began a cycle of capacity-building programs on the linkages between sexuality research and political change. The Secretariat is based at the Brazilian Interdisciplinary AIDS Association.

The aim of this newsletter is to allow SPW’s readers to better grasp antecedents, the realities of electoral dynamics and, at least preliminarily, what can be predicted for the near future in Brazil. It includes an essay by Sonia Corrêa; a fact sheet on the electoral results; an in-depth analysis of the profile of pro-active voters of the president-elect and a report on the November 2017 attacks on Judith Butler during her visit to Brazil that, retrospectively, can be read as the foreshadowing of the 2018 political landscape. These two reports result from the ethnographic research carried out by SPW partner Isabela Oliveira Kalil and her team. We also offer a substantive compilation of news, articles and other analyses of the electoral process and outcomes published by the international press on the electoral process since September 2018.

Since April 2018, 1,300 missing persons, an estimated 500 deaths, 3,000 people injured and 400 illegally prosecuted, according to ReliefWeb. On October 14, over 30 feminist activists were arrested, amongst them the renowned Marlen Chow, under an Inter-American Commission on Human Rights warning of a new wave of repression. They were released four days later, but while in prison, Chow launched the #RedLip Campaign against state violence.

With great pleasure, Sexuality Policy Watch (SPW) launches its new publication The Catholic Church’s Legal Strategies – The Re-naturalization of Law and the Religious Embedding of Citizenship by Juan Marco Vaggione, which examines the role of the Catholic Church in promoting regression in gender, sexuality and abortion politics.

Mexican Congresswoman Villavicencio Ayala, from Morena, from the winning party in the recent national elections, introduced a federal proposition to legalize abortion until the 12th week of pregnancy, so as to overcome the sharp disparity in legislation across the country. In the meantime, the case of Dafne McPherson in the Collegiate Court of the 22nd District of Querétaro, sentenced to 16 years in prison for a miscarriage, pushed forward. After suffering various attempts by the Prosecutor’s Office to treat her as a criminal from the start and present the opinion of ‘experts’ who have made prejudicial claims about gender, the Court decided to suspend the hearing scheduled for 7 November to analyse the appeal filed by McPherson’s defence team, at the request of more than 20 organizations that are supporting her.

Kavanaugh’s confirmation to the US Supreme Court puts Roe v. Wade at greater risk. Meanwhile, state courts continue to further restrict the right to abortion. In response, Planned Parenthood declared a contingency plan to expand its network of clinics in states where abortion is legal. Not less importantly, a new online service, named Aid Access that provides information and access to abortion pills (until the 10th week of pregnancy) has been launched for self-managed procedures.

In Germany, Franziska Giffey, Minister of Family Affairs, has severely criticized the Pope for his recent comments on abortion.

We are very pleased to share an article by Gabriela Arguedas-Ramírez, one of SPW’s partners: “Gender Ideology”, religious fundamentalism and the electoral campaign (2017-2018) in Costa Rica, published by the London School of Economics blog Engenderings.

In Brazil, during and after the electoral period, threats and attacks on academic freedom but also against teachers working at the primary and secondary levels, which had been taking place for some time, have rapidly escalated. The main forces behind these are the anti-gender crusade, the School without Party movement, and some of the main supporters of the newly elected president (check here for a compilation).

The announced ban on the Gender Studies Programme in Hungary has become a reality. Hungarian and European universities protested against the measure as a violation of academic freedom (see a compilation).

US officials are seeking to eliminate the word “gender” from UN human rights documents and replace it with “woman”. At recent meetings of the Third Committee, US delegates pushed for deletion of the term depicted by them as an “ideology”.

In Ukraine, Draft Bill N. 9183 aims to “protect public morals and traditional values” through the criminalization of same-sex relations and removal of language on “sexual orientation”, “gender identity”, “gender equality” and “gender-based legal assessment” from previous legislation. While the bill will most likely be voted down, it is a sign of potential legal regression in the future, as openDemocracy reports.

On October 17, anti-gender groups in Argentina engaged in attacks against the national Comprehensive Sexual Education policy, invading a classroom where the content of the programme was being shared.