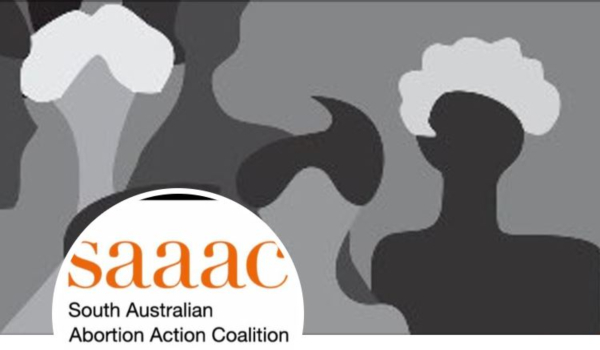 The South Australia Abortion Action Coalition (SAAAC), formed in 2016 to campaign for a change in the law, was at the State Parliament on 5 December to hear Tammy Franks of the Greens introduce a bill to decriminalise abortion along with other campaigners for law reform, whose ages spanned from their 20s to their 80s. Anne Levy, one of the MPs who was a member of parliament when South Australia last reformed its law in 1969, was also there to witness the bill being introduced.

SAAAC report that “The bill is exactly what we wanted…. [Franks’] speech set new horizons for what can be said in Australian parliaments about abortion.” SAAAC are optimistic that decriminalisation in South Australia will make a difference to women’s access to abortion services, as there are specific features in the SA law that, once removed, will enable simple and effective change straight away. Broader change, however, they believe will take ongoing work (e.g. getting GPs and community health care to offer early medical abortion in rural and remote areas).

The bill removes all reference to abortion from the SA criminal law and adds exclusion zones (150m) around abortion services in the Health Care Act 2008. There are no qualifications, no upper gestational limits, no specification of which health care workers can offer abortion care, no abortion-specific regulation at all. Abortion would be regulated like any other health care procedure.

On 14 December, the Australian Labor Party pledged they would campaign for free, safe and accessible abortion in public hospitals and clinics if their candidate Bill Shorten is elected Prime Minister. And their health spokeswoman, Catherine King, pledged she was prepared to use Commonwealth funding agreements to force states including Tasmania to ensure women are not made to travel interstate for terminations. Currently, women pay between AUS $350-800 for a first trimester abortion. A recent study found that two-thirds rely on someone else to be able to pay for their abortion, while the rest find it difficult to find the money themselves, with some foregoing regular household expenses to be able to pay.

The bill will be debated after the parliamentary recess, hopefully starting in February 2019.