ASTRA Statement on the Russian invasion of Ukraine

ASTRA Network categorically condemns the actions of the Russian military forces in Ukraine.

As ASTRA Network, we bring together organisations from Central and Eastern Europe – a region so dramatically affected by Russian authorities’ actions in both recent times and history. Rule of fear and violence took a toll on most nations in our corner of the world – including Russian citizens, who were so often forced into obedience by authoritarian regimes of their country.

Our hearts are breaking for our Ukrainian colleagues, friends, and families. We have recently heard from representatives of both our Ukrainian member organisations – Salus Charitable Foundation and Women’s Health and Family Planning Foundation – who informed us that they are alive but not safe, as there are no safe spaces in Ukraine anymore. And yet, despite the numerous threats, millions of Ukrainians are still fighting for their and their children’s lives.

Members of the Network are working relentlessly to provide help and support to as many Ukrainian refugees as possible. Our colleagues in Moldova, Poland, and Romania are in touch with charities and international organisations working on the ground and facilitating the biggest humanitarian crisis Europe has seen in decades. On their behalf, we encourage both members of the global civil society and policymakers to support these first responders…

The Russian army should immediately leave Ukraine, with the military’s direct command held accountable for despicable acts of violence and war crimes in the international courts. This abhorrent war has already taken the lives of thousands, including the most vulnerable – women, children, people with disabilities. What should never have started, needs to end as soon as possible.

Photo (on the left): A woman and baby in the basement of the perinatal centre in Kharkiv, the second largest city in Ukraine. Located near the Russian border, it has come under heavy attack, sending people underground for safety.

There are an estimated 265,000 pregnant women in Ukraine, 80,000 of whom are expected to deliver in the next three months.

On 9 March 2022, UNFPA sent out an email with an urgent appeal for funds to help them to help pregnant and birthing women. They need millions of dollars. 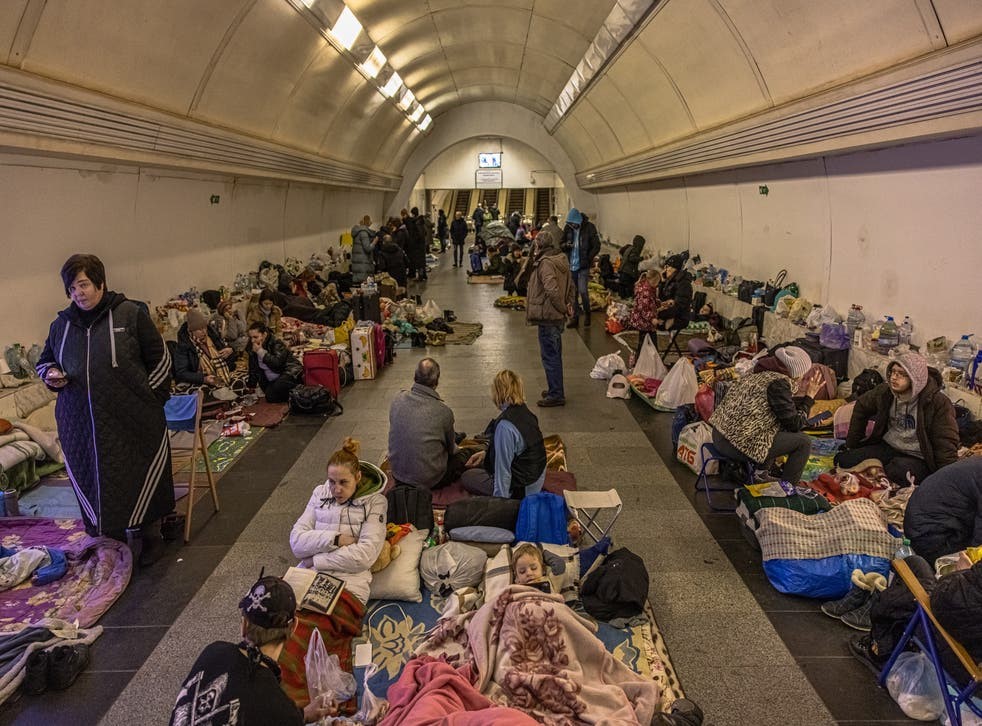 Women are giving birth in bomb shelters with a lack of medicine and equipment, health professionals on the frontline have warned. There is a lack of water, medication and blood for pregnant women giving birth in Ukraine.

SOURCE: The Independent, by Maya Oppenheim, 5 March 2022 + PHOTO by EPA

Women Help Women have also been receiving requests for help. They are doing translations and looking for people for a helpdesk, as well as figuring out pathways for pill delivery and other services. It helps a lot that there is the Abortion Without Borders network in six European countries.

For donations to Women Help Women, which will go to their Netherlands-based, non-profit partner organisation:

On the Abortion Dream Team website, people can find general information on resources in Poland (including Abortion Without Borders contacts) as well as Women Help Women’s instructions in Ukrainian on how to use abortion pills.

Here are two stickers for social media in Ukrainian – these are now very visible in Poland on all social media channels and can be used for any graphic you wish, please use and share them widely: 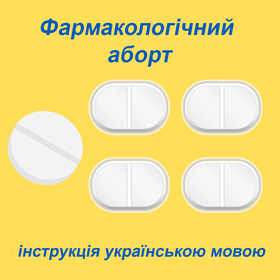 Abortion pills: Instructions how to use them 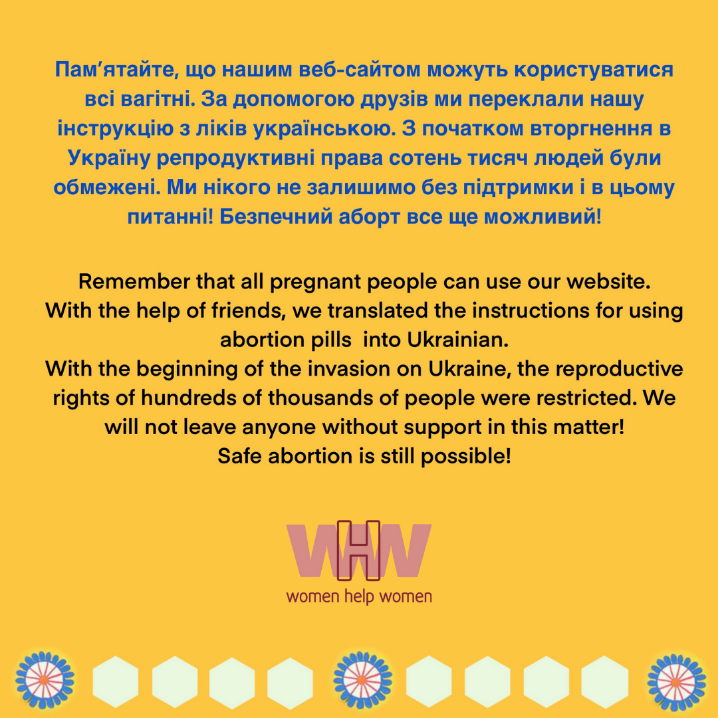