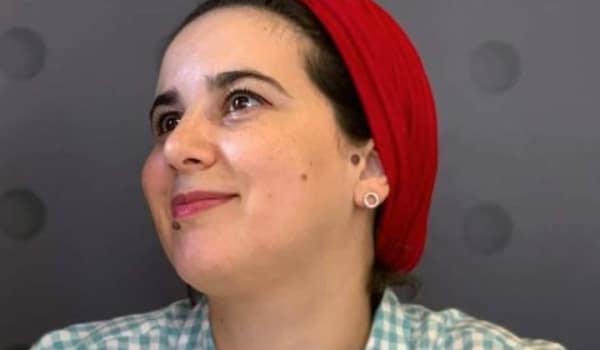 Hajar Raissouni, a Moroccan journalist, age 28, was arrested by six undercover officers along with her fiancé leaving a gynaecologists’ office on 31 August after being accused of “sex outside marriage” and “consenting to have an abortion”, according to Amnesty MENA region. Other media reported she was accused of actually having had an “illegal abortion”, which both she and the doctor deny. The doctor and two of his staff, and anaesthetist and medical assistant who treated her, were also arrested. The doctor is accused of regularly providing abortion services and faces up to 10 years in prison. This has caused outraged across Moroccan media and social media, according to Figaro.

She has been held pending trial, which was set for 9 September 2019 in Rabat, but on that date the trial was postponed until 16 September. The major Arabic-language Akhbar Al-Yaoum for which she works published a medical consultation record proving the “absence of curettage”. She was treated for heavy bleeding, possibly a miscarriage, and not for an abortion, said Saad Sahli, her lawyer according to different reports. Her fiancé is a Sudanese academic, researcher and activist. One report says they had been married in a religious ceremony at her family home, and another that they were due to marry on 14 September.

Her arrest sparked a wave of reactions on social media, including denouncing an “attack on individual freedoms”. Some believe this was the state apparatus settling political scores,” according to the news site “The Desk”, echoing other media. Among the messages of solidarity, Moulay Hicham, a cousin of the King in disgrace at the Palace, denounced a “dangerous case of violation of constitutional rights”, while feminists pleaded for the right to abortion. Abortion is punishable by 6 months to 5 years in prison in Morocco, and for the abortion provider 6 months to 2 years and those who provide related care 1 to 5 years. Sex outside marriage is punishable by 1 month to 1 year in prison.

Raissouni was forced to undergo a medical examination 5 days after her arrest, which her lawyer said she did not consent to. The medical report, signed by Dr Samir Bargach from Rabat’s Ibn-Sina Hospital, states that she had had an abortion. She was also accused of having had a previous abortion. Akhbar Al-Yaoum, however, drew attention to inconsistencies within the report, and the doctor’s lawyer said that the examination on her while in custody showed she had not had an abortion. The doctor said he had treated her for heavy vaginal bleeding. Her defence team claimed that the police had violated the UN Convention against Torture by forcing her to undergo the examination against her will, and said they planned to file a complaint against the police.

The arrest sparked controversy. Some Moroccan internet users speculated that the charges against her are based on a political agenda, aimed at her uncle, not least because when she was questioned in custody, all the questions were political. Moreover, 18 months ago, the founder of the newspaper where she works was arrested for “adultery” and “human trafficking”. Others defended the law against abortion, while still others said it was a personal affair that should not have been made public in the first place. The news also spurred public debate about the unresolved abortion law in Morocco.

Amnesty International has issued a statement condemning her arrest and calling on Moroccan authorities to release her immediately. “We are facing a fake moral casefile because the real motive is political and the questions that were asked were not related to abortion. It is independent journalism that is under attack here,” they said.

Last week, messages of solidarity were published on social media, calling for respect for private life as well as the rights of women over their bodies. A group of citizens have said they will gather outside the court for a sit-in on 9 September at 1pm.

“I think that the regression we see on certain rights, through public declarations or useless controversies, especially through the Hajar Raissouni case, is symptomatic of a general disregard for privacy and individual freedoms. For more than ten years, the demands of Moroccan feminist groups on the right to abortion have been in line with Morocco’s international commitments on women’s rights and access to health, including CEDAW; this case is a reminder of the urgency to act,” activist Souad Ettaoussi of the NGO Samusocial Casablanca told Yabiladi.

The National Human Rights Council (CNDH) issued a statement on 9 September, saying they are following the debate on individual freedoms. They condemned the attacks and insults levelled at Raissouni online and in media publications. They will send a representative to observe the trial, and expressed hopes for the release of Raissouni and her fiancé.

We have previously reported in May 2019 that 6 people were facing trial for illegally providing abortions and illegally importing medical abortion pills. HuffPostMaghreb argued on 4 September that the number of clandestine abortions in Morocco, 600 to 800 daily, proves that the law in Morocco has not kept up with the reality of abortion.

There has been a call by journalists to express solidarity with Hajar Raissouni, to call for all charges to be dropped and all those in detention to be released.