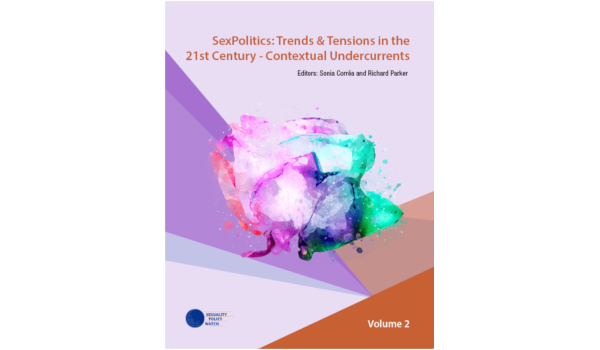 This new collection of papers is the fourth publication of Sexuality Policy Watch’s most recent cycle of transnational analyses of sexual politics, begun in 2015. It comprises seven articles chartering main trends and debates at work in sexual politics in Africa, the Anglo-Caribbean Region, Europe, Latin America, post-Soviet countries as well as China and India. The standpoints and analytical frameworks in each chapter are quite distinctive. What emerges from the exercise as a whole is a rich and remarkably insightful mosaic of sexual politics worldwide. The chapter titles and authors are as follows:

– Europe: The Ups and Downs of Sexual Exceptualism by David Paternotte