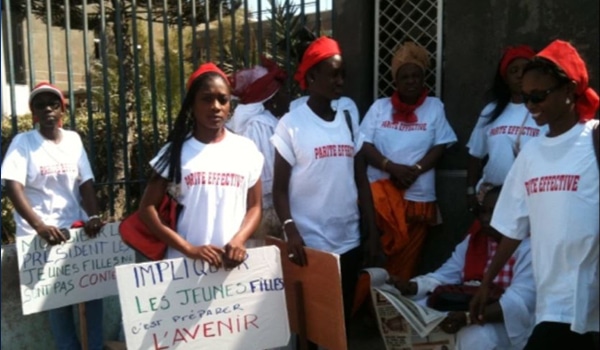 Pregnant with her second child, a 30-year-old woman NN was enduring pelvic pain, but couldn’t afford to access antenatal care in a village on the outskirts of a small town in northeast Senegal. Her husband was unemployed and her earnings of under US$17 from selling seasonal fruits in the local market were insufficient to make ends meet. During her last antenatal visit, she was prescribed some tests, an ultrasound and medicines that would cost US$ 67. She was forced to suffer instead.

Although Senegal has integrated the SDGs in its policies, continuing socio-economic, cultural and religious norms and attitudes impede women’s and girls’ access to sexual and reproductive health services and rights, especially in remote and rural areas. The challenges include early marriage, unmet contraceptive needs, early pregnancy and unsafe abortions. Many pregnant rural women, living below the poverty line, don’t follow through on their prescriptions and delay their antenatal visits until their third trimester, which puts them at greater risk of pregnancy-related complications. And although there is a national health insurance organisation per person that costs $6 per annum to receive services, many people in remote and rural areas do not join as the local services have limited medications and treatment options.Moreover, the distances from local health posts to a district or regional hospital, with poor road infrastructure and the cost and shortage of ambulances, also restrict rural access to healthcare.

After several sustained advocacy meetings, the mayor of the nearby town to NN decided to finance the health insurance membership fee for nearly 300 women and children. NN was one of them. It helped her to get X-rays and prescription drugs and have a caesarean delivery at the regional hospital centre. She has since become active in encouraging other women to join the health insurance scheme.

The IPS article describes the activities of a number of NGOs to support improved status for women, such as the network Réseau Siggil Jigéen (RSJ), which consists of 16 member organisations that are directly involved in the lives of more than 12,000 Senegalese women. The RSJ website reports that their work variously covers reproduction and health, research, women’s rights, youth leadership, literacy, training, micro-finance, and the fight against poverty. RSJ aims to promote and protect women’s rights through the IntraHealth International-led Neema project, a consortium of seven health organisations working to extend reproductive health services to “last-mile” recipients. They are also involved in a partnership for the improvement of quality in health services, and the coalition “Droit et Citoyennete des Femmes” (Rights and Citizenship of Women) in West Africa, who have taken up the fight for gender equality within the Economic Community of West African States.

Another NGO is Deliver for Good Senegal, who are working with other NGOs to promote decrees to implement the 2005 Reproductive Health Law, which have not yet been ratified. For example, an implementing decree to allow non-medical workers to provide a wide range of family planning services to vulnerable rural, disadvantaged urban, poor and young people, in particular through community-based distribution.

Child marriage is still prevalent in Senegal. As many as 29% of girls were married by age 18, while theadolescent birth rate for girls aged 15-19 years was 78 per 1,000 births, according to UNFPA.

Abortion is the fifth-leading cause of maternal death in Senegal, with 8% of maternal deaths linked to unsafe abortions and 50% of the reasons for emergency admission to referral maternities,” Fatou Ndiaye Turpin, executive director of RSJ and co-leader of Deliver for Good Senegal, told InterPress Service.

Senegal is categorised as a least developed country. It has a population of 16.7 million people and a fertility rate of 4.5 per woman (2020), with a low contraceptive prevalence rate. The maternal mortality ratio remains high at 315 deaths per 100,000 live births (2017).

Covid-19 restrictions have led to closure of many reproductive health and family planning services, and disruption in supply chains for contraceptives, which are posing a significant risk to women and girls’ health.