Home » News » SCANDINAVIA – Dropping the ball or holding the line? Challenges to abortion laws in the Nordic countries 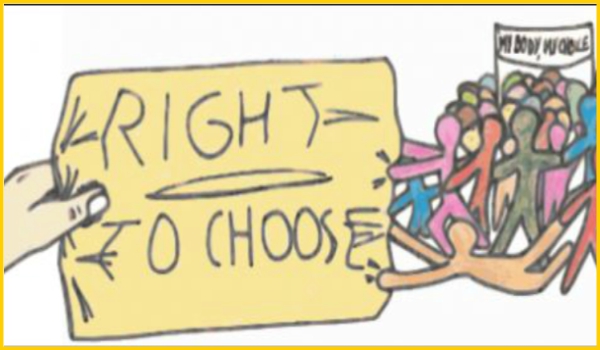 This article examines recent developments regarding the legal regulation of abortion in Sweden, Finland and Norway. Ever since abortion laws in the Nordic countries were overhauled in the 1970s, largely in a response to the feminist movement, abortion has been considered to be largely non-politicised. However, recently all three countries have seen abortion re-emerge repeatedly in the political and legal arena. This article examines the various proposals to amend abortion legislation, asking whether they can be explained with reference to recent international developments in anti-abortion politics. The article argues that although the recent Nordic developments have limited immediate consequences for the availability of abortion as a public service, they suggest, perhaps more importantly, that a long-term struggle is emerging over public opinion supporting universal abortion access.

The emergence of a political discourse that seeks to politicise abortion and to constantly debate it, highlighting various ‘injustices’, is significant if not alarming. Broad trends in public and political discourse are important for how laws are drafted and interpreted (Saurette & Gordon, 2013, 157). Insofar as anti-abortion politics in the Nordic countries is shifting, it is gradually moving towards making abortion appear more morally complex and controversial again. Those who consider abortion as a settled matter may be poorly equipped to deal with a debate that seeks to reopen the psychologically framed argument about abortion, especially regarding abortion as involving difficult decisions (whether for women or medical professionals). For obvious strategic reasons, feminists, especially those who took part in the abortion debates of the 1970s, have tended to shy away from discussing any moral conflicts that may accompany abortion decisions, focusing on arguments about a woman’s right to choose and seeking to normalise abortions as part of public health care. Moreover, the perception that abortion laws are again under threat – especially considering trends elsewhere – does hinder the desire to debate any existing problems with regard to the law as well as the practical realities of abortion.

Yet there are also good reasons to argue it is worth talking about abortion. For one thing, it is not unimaginable that decades-old abortion laws need at least review in light of both societal change and medical developments (see Sheldon, 2016 regarding the UK’s anachronistic statutory framework). Moreover, the prevalence of abortions performed for social/economic reasons raises questions about failed contraception, work-life issues and socio-economic class (Folkehelseinstituttet, 2016; Socialstyrelsen, 2016; Terveyden ja hyvinvoinnin laitos, 2016). Why is unwanted pregnancy still an issue in states that pride themselves on being ‘frontrunners’ in gender equality and public health? Why are there such differences between the three Nordic countries, with Swedish women having far more abortions than Finnish women? Why do so many women, especially those in a low socio-economic position, have more than one abortion (Justad-Berg, Eskild, & Strøm-Roum, 2015; Sydsjö, Josefsson, & Sydsjö, 2009; Väisänen, 2015, 2016)? Though the high visibility of current anti-abortion politics may suggest such debates should be eschewed to avoid giving oxygen to possibly uncomfortable debates, the opposite may be the case, as abandoning discussion leaves the field to the opposition, whose argumentation often obscures discussion about structural gender-based inequalities, especially economic power…

The liberalisation of abortion legislation in the 1970s was not the end of the story even in the Nordic states. Abortion opponents seek avenues to question, problematise and weaken the legal framework, hoping gradually to undermine the strong commitment to abortion as part of normal public health care and public confidence in the existing system. While the risk that Nordic parliaments would radically overhaul the existing abortion legislation is small, abortion appears to be re-emerging rapidly as a mainstream political issue, partly due to the rise of populist-nationalist parties seeking to distinguish themselves from other parties. While there are good reasons to be suspicious of many of the suggested new proposals, disagreement over the legal parameters of abortion provision may be indicative of more subtle shifts in political debates and public opinion around abortion. Rather than fear a renewed discussion about abortion and the law, Nordic feminists should prepare to challenge claims made by anti-abortion advocates. Such an undertaking might in fact prove to be the best offensive to contain attempts to undermine public support for the continued provision of abortions as part of public health care…