Home » News » RWANDA – Valentine’s case: an intervention in a case about criminalisation of abortion 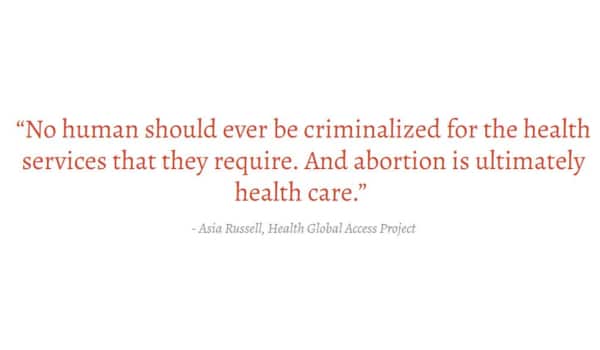 In April 2019, the President of Rwanda granted a presidential pardon to 367 women and girls jailed for the offences of abortion, complicity in abortion and infanticide. Valentine was one of these women.

Women’s Link Worldwide recently presented an amicus in Valentine’s case. She was criminalized after she gave birth because, due to complications during the delivery, the baby died. She was charged with infanticide, found guilty and sentenced to life imprisonment. On appeal, thanks in part to the submissions presented by Women’s Link Worldwide, the Supreme Court of Rwanda reduced her sentence from life imprisonment to ten years. When Rwanda’s President granted a presidential pardon to 367 women and girls jailed for the offences of abortion, complicity in abortion and infanticide, one of the women pardoned was Valentine.

On 10 June 2014, Valentine went to the hospital as she was suffering with stomach pains. A doctor examined her and told her that she was about to give birth. She was taken to the maternity ward, given an injection and a prescription for medicine to buy from the pharmacy. As she had no money to buy the medicine or even pay the hospital bill, she escaped from the hospital and went home. She felt a pain in her stomach and she started having contractions. She gave birth but due to complications during the delivery, the baby died.

The village authorities learned that Valentine, who had been visibly pregnant some days before, was no longer showing signs of pregnancy and had not been seen with a baby. The Village chief asked her about it and she said she had suffered a miscarriage and had disposed of the fetus.

In November 2014, Valentine was taken to court. The case was heard in the first instance by an intermediate court. Valentine pled not guilty to the charge of infanticide and again stated that she had suffered a miscarriage. Despite the severity of the charges she faced, Valentine was not provided with legal representation either during her interrogation by the police and prosecution or during the trial itself. Following this hearing, the Court sentenced her to life imprisonment.

She subsequently appealed to the High Court; however, she changed her plea to guilty. Again, she was not provided with legal representation and was forced to represent herself. She affirmed that she had been afraid to tell the truth before and stated she was sorry for committing this crime. She begged the court for leniency, that she had not intended to commit this offence, but had been forced to do so due to her situation. The High Court ignored her pleas and upheld the Intermediate Court’s judgment. Valentine then appealed to the Supreme Court, asking for leniency.

Our submissions provided the Court with a better understanding of the context in which women and girls lack access to health care… An amicus curia (statement of a friend of the court) offers specialized legal knowledge on particular issues, which assists the court in reaching an informed decision. We outlined international human rights law standards and obligations regarding the right to health and the right to a fair trial. We also applied a gender analysis to demonstrate how the State’s failure to consider the difficulties faced by marginalized women and girls when attempting to access their rights to health and justice results in further discrimination and violation of their rights. The Supreme Court of Rwanda reduced Valentine’s sentence from life imprisonment to 10 years on 1 June 2018.

Why this Court decision matters