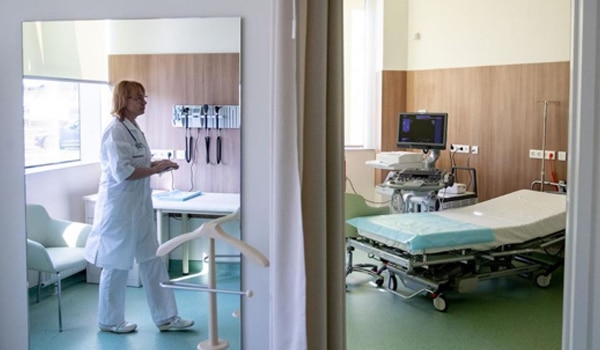 Between 100,000 and 150,000 women are at risk of unwanted pregnancies or botched abortions during lockdown measures imposed to slow the spread of Covid-19 in Moscow,Anna Rivina of the women’s rights organization Nasiliu (No to Violence)toldthe independent Dozhd news channelon 22 April 2020.

Nasiliu contacted all of Moscow’s 44 public clinics, but only three told her they would continue to provide abortions during lockdown through the national compulsory medical insurance programme, which the groupthenreportedon its website. The other 41 clinics said abortion was unavailable “unless you’re brought in an ambulance.”

However, the health department at Moscow’s Mayor’s office denied that only three clinics were providing abortions, the Takie Dela news websitereported. They said only one facility, a maternity ward repurposed for Covid-19 patients, had discontinued abortions.

But according to Nasiliu.net, after thedecreeof Moscow Mayor Sergei Sobyanin “On the introduction of the high-alert mode”, Moscow hospitals cancelled or postponed “non-urgent scheduled operations”.Without an exact list of such surgeries, most hospitals included abortions and postponed them to a later date.

At the end of March, Minister of Health Mikhail Murashko said that non-urgent operations were being re-scheduled so as not to overload the hospitals, whose priority was people with Covid-19. The Minister cited plastic surgery as an example of a non-urgent operation, but many doctors are forced to refuse women abortions on the grounds that “there is no threat to life”. Moreover, in some Moscow clinics, Nasiliu was told, even medical abortion involves three days of in-patient monitoring, which hospitals cannot provide right now.

Lyubov Erofeeva of the Regional Public Organization Population and Developmentregions of the country, and that many Moscow hospitals with gynaecology units had been repurposed into ICUCOVID Infection Units, and this was the reason abortion provision is currently impossible in them.

She also said: “We are in communication with our networks and volunteers throughout the country in order to learn of any abortion rights violations. In a few regions, local health authorities also tried to stop providing abortion services for a while, claiming that abortion is not an emergency service. Our local supporters have corrected them by making a call to the local Prosecutor’s Office, after which the situation was immediately put right.”

She continued: “It is not allowed in Russia to provide medical abortion through telemedicine (though hopefully the pandemic will change this restriction). Nor is mifepristone available over the counter, although misoprostol is. While NGOs are not permitted to help women to obtain abortions, abortions are widely provided in the commercial sector.” She was not aware of women not being able to find abortions.