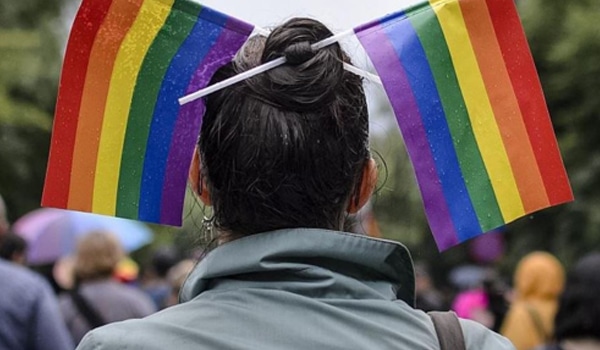 Vying with Poland and Hungary, the Romanian Parliament passed an amendment to the National Education Law seeking to prohibit information on gender identity in schools, universities and other educational spaces. The amendment positions gender as an ideological invention and bans “theories and opinions on gender where it is a separate concept from biological sex”. The amendment would ban teachers, school counsellors, academics, doctors, social workers and non-governmental organisations from discussing topics related to gender, gender equality or transgender issues. It outlaws “sex proselytism” and “proselytism” that it claims favours “gender ideology”. The bottom line is that only biological sex exists; gender is an ideological invention. It would have a significant impact on academic freedom, the provision of comprehensive sexuality education, transgender rights and women’s rights, including those of survivors of gender-based violence.

Romanian academics, students and human rights groups have condemned this bill and accused lawmakers of wanting to send the country’s education “back to the Middle Ages”. Several higher education institutions have harshly condemned the legislation, including the University of Bucharest, saying “it contradicts fundamental rights guaranteed by the Romanian Constitution and international conventions which Romania is a party to”.

As a result of the turmoil, a group of NGOs asked the President of Romania to send the bill back for re-examination to the Romanian Parliament and if necessary to challenge it in the Romanian Constitutional Court.

Meanwhile, the bill has not yet been approved by President Klaus Iohannis, and he has announced that he will not sign it. He has said he will either send it back to Parliament for revision or challenge it in the Constitutional Court – as he did with the bill to ban sexuality education without parental consent.

A range of advocacy actions were taken by supportive European NGOs, Members of the European Parliament (MEPs) for Sexual and Reproductive Rights, MEPs from the LGBTI Intergroup, and members of national parliaments across Europe. A strong and well-documented letter was also sent by Ms Genoveva Tisheva, International Expert on Gender Equality and Women’s Rights and Member of the UN Committee on the Elimination of Discrimination against Women appealing to the President not to sign the bill into law.

There was also an hour-long protest action by over 150 people in front of the Presidential palace with people carrying banners and wearing masks – some with an “x” taped across them – calling on the president to refrain from signing the bill and send it back to Parliament. Those who attended took great personal risk, as protest activities are banned in Romania during the pandemic.

Similar kinds of advocacy actions were taken by dozens of NGOs and thousands of individual activists who wrote to President Klaus Iohannis asking him to reject changes introduced in the Parliament that would restrict access to sexuality education in schools by requiring parents’ written consent and also replace “sexuality education” itself with the kind that was once taught under communism. Protest letters said that children’s access to porn movies was not a problem of sexuality education. Rather, that Romania boasts the highest adolescent pregnancy rate in the European Union, vying with neighbouring Bulgaria, and that good sexuality education was needed to address problems like unintended pregnancy.

Because of these sustained advocacy actions, the President of Romania asked the Constitutional Court to determine whether the restrictions were unconstitutional on 24 June. The Court will hear the case on 16 September 2020. The members of the Coalition for Gender Equality decided to conduct a hot summer-long advocacy campaign to keep people abreast of the utmost importance of protecting school students’ right and access to sexuality education.