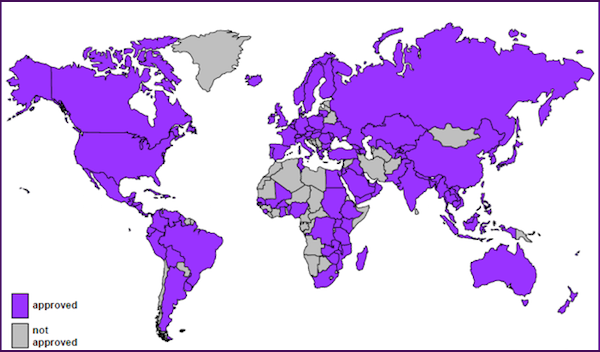 The International Federation of Gynecology and Obstetrics (FIGO) has updated its guidance on misoprostol-only regimens for several obstetric and gynaecologic indications. The “FIGO Misoprostol-only Recommended Regimens 2017” chart – published in the International Journal of Gynecology and Obstetrics, accompanied by a commentary – is the result of extensive collaboration between an international expert group, including Gynuity Health Projects. The chart, divided by stages of pregnancy, provides recommendations for dosages and routes of administration for misoprostol use in obstetrics and gynaecology, including: medically induced abortion, medical management of miscarriage, cervical preparation for surgical abortion, fetal death, induction of labour, and management of post-partum haemorrhage (PPH).

Gynuity welcomes the guidance and hopes the chart will be widely disseminated and used by a full range of providers. We support the development and implementation of evidence-based policy and programs to broaden access and availability of misoprostol for each of its women’s health indications.

Article+ chart in PDF format are at: International Journal of Gynecology and Obstetrics

The chart is also available in French, Spanish and Portuguese.