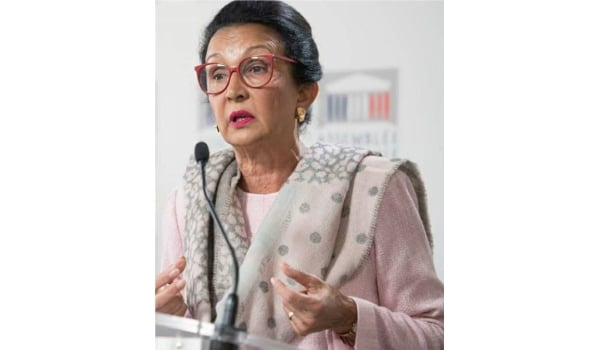 The island of Réunion, east of Madagascar in the Indian Ocean off the east coast of Africa, is still a territory of France. Now, 50 members of the French National Assembly, including three from Réunion, have proposed that the right to abortion should be included in the French Constitution.

The French abortion law, the Veil Law, dates back to 1975, passed under Health Minister Simone Veil. Among the reasons that may hinder access to legal abortions today, however, despite this law, is the use of the conscience clause. In France, there is a general clause allowing “conscience” for all types of medical treatment, and a specific clause related to abortion. Feminist groups defending abortion rights have regularly called for the removal of the conscience clause for physicians in relation to abortion. On 26 June 2019, Marlene Schiappa, Secretary of State for Equality between Women and Men, described their demand as “legitimate” in a speech to the delegation for women’s rights of the National Assembly. She reported that committee had been set up in mid-June to determine what the “necessary legislative changes” should be as regards access to abortion. She stressed that it was important to allow time for this, in order to “involve all stakeholders”, according to Ouest-France.

There have been a number of reports that French women are having difficulty finding abortion services, with centres closing down and providers claiming conscientious objection who had never done so before. It is for this reason that the 50 Assembly members have tabled a bill to ensure that the right to abortion is enshrined in the Constitution.

Huguette Bello, one of the three deputies from Réunion supporting this reform, said: “It is necessary for the Veil Law to be strengthened. The most secure way to do this is to include it as a right in the Constitution, especially when we see what is happening in the United States and the Eastern European countries, where the questioning of abortion is raging.”

In Réunion, however, Dr Marcl Gabriele, obstetrician-gynaecologist at the CHU, has reported: “Access to abortion in Réunion is satisfactory, there is no shortage compared to the metropolis, especially during periods of leave. I have been in Réunion for 30 years, and I have never seen demonstrations of people who are anti-abortion.”

According to 2017 data from the French Directorate of Research, Studies, Evaluation and Statistics 216,700 abortion took place in France, of which 202,919 were in the metropolitan area, and 4,355 were in Réunion.