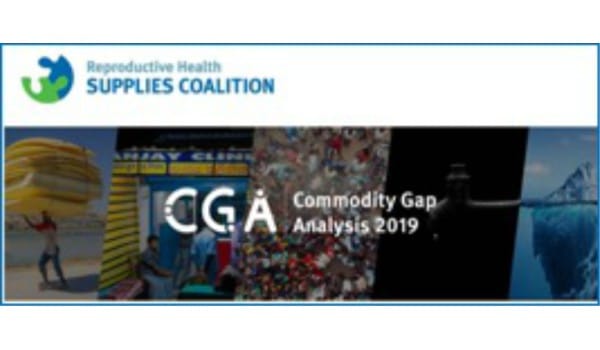 This new edition of the Commodity Gap Analysis is the fifth in a series dating back to 2001. Over the last two decades the report has reflected the evolving priorities and questions of our community [re contraceptive supplies]. The first two reports, in 2001 and 2009, focused on donor-supported countries and predominantly public sector supplies. More recent iterations have expanded this scope to cover a wider set of countries, and have looked at users, quantities, and costs in both the public and private sectors.

This edition also offers a more nuanced understanding of different patterns in spending, use, and cost across the 135 low- and middle-income countries. Five critical themes emerge:

1. Conversations within the reproductive health community suggest that donor support for commodity procurement is declining and will likely continue to decline or, at best, remain stagnant in the decade to come. In the context of shrinking donor funding for commodities, it is important to understand the role donors play in different countries and what can be done to minimize the impact of limited funding on those women who need it most…

2. While the public sector primarily provides long-acting and permanent methods (LAPMs), the private sector almost exclusively provides short-term methods (STMs). This means the two are not interchangeable. We must take caution in assuming that in the context of shrinking donor funding, the private sector can simply take the place of what donors are supporting.

3. The previous report sparked debate over the relative role of public sector funding within the private sector, specifically as a result of subsidized socially marketed products. Building on new data and insights shared by DKT, MSI, PSI, and SHOPS Plus, this report distinguishes between users who purchase supplies from private sector entities at subsidized prices and those who pay non-subsidized (market-value) prices. This allows us to present two different financing models: one that is purely market driven, the other that relies on support from the public sector. The results indicate that across the 135 LMICs, only a small share of private sector users (12%) receive subsidized products.

4. The results of this analysis demonstrate that cost is not a function of use. Rather, consumption costs are influenced by a number of factors, such as frequency of units consumed for each method, differences in cost between methods, and the variation of the cost of each method from country to country.

5. Over the coming decade, the total number of women using modern contraception will grow by more than 80 million. This growth, however, will not be evenly distributed across countries. Low-income countries will experience the most rapid growth in relative terms, while lower-middle-income countries will experience the largest increase in absolute terms. The efforts needed to sustain these different growth patterns will vary across countries, with some requiring additional money and more effort than others.