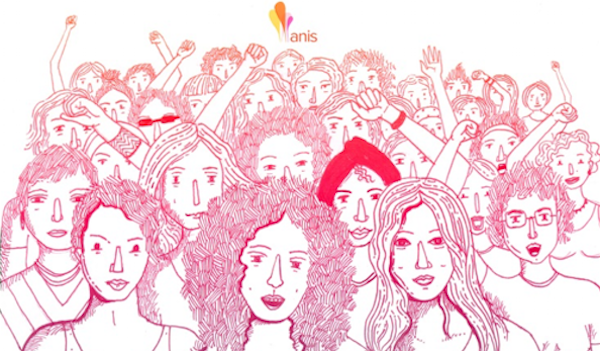 A petition was filed today, 7 March 2017, with the Brazilian Supreme Court which calls for the decriminalization of abortion on request up to 12 weeks of pregnancy. The petition was filed by the Socialism and Freedom Party (PSOL), with support from Anis – Institute of Bioethics.

The petition – calling for decriminalization of abortion on request up to 12 weeks of pregnancy – has been signed by a group of women lawyers and filed with the Brazilian Supreme Court to day, 7 March 2017.

It has been presented on the eve of International Women’s Day on 8 March, a day on which an international general strike will take place, with women taking the day off from both paid and unpaid labour in protest against oppression.

In Latin America, many women will march under the slogan Ni Una Menos (Not One Woman More) demanding an end to violence against women. In this context, the petition calls for the protection of women’s rights so that no woman has to face humiliation, fear of imprisonment or the risk of injury or death as a result of an unsafe abortion.

In Brazil, abortion is a crime under the 1940 Penal Code; the only three exceptions are in cases of rape, risk to the woman’s life, and fetal anencephaly. The latter legal ground was also granted in a Supreme Court decision, in 2012, which was supported by Anis – Institute of Bioethics.

The petition presented today states that the criminalization of abortion violates women’s rights to dignity, citizenship, non-discrimination, life, equality, freedom, freedom from torture and cruel, inhuman or degrading treatment, health, and family planning, all of which are protected under the Constitution of Brazil.

The Brazil National Abortion Survey 2016 found that in 2015 alone, more than half a million women had abortions in Brazil. Racial and class inequalities make abortion a more common event in the lives of women with greater social vulnerabilities: 15% of Black and Indigenous women have had an abortion in their lives, while 9% of White women have. The criminalization of abortion has serious consequences for women, especially Black and Indigenous women, women living in under-developed regions of the country, and all women who are poor, because they have less access to safe, albeit illegal abortions.

The criminalization of abortion causes morbidity and deaths that are almost all preventable. Abortion is a very safe procedure. Yet, recent studies estimate that 8–18% of maternal deaths worldwide are from complications of unsafe abortion, which are concentrated in lower income countries where abortion is legally restricted. In Brazil, research shows that about half of the women who have illegal abortions in the country have had to be hospitalized.

If the Supreme Court of Brazil votes in favour of the petition proposed by PSOL and Anis, and decriminalizes abortion on request up to 12 weeks of pregnancy, they will be taking an important stand as guardians of the Brazilian Constitution in protecting the fundamental rights of women.