Home » News » POLAND – The rapid degradation of the rule of law in Poland: what it means for women’s sexual and reproductive rights 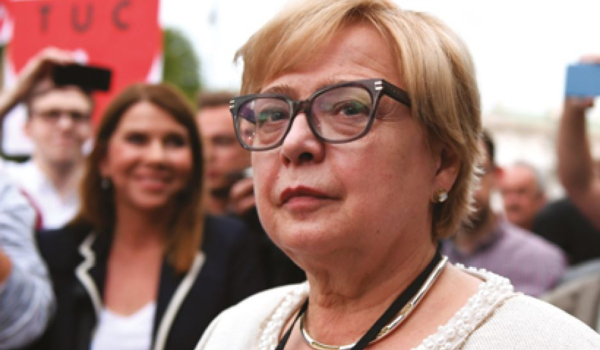 All downhill from here. The rapid degradation of the rule of law in Poland: what it means for women’s sexual and reproductive rights, and LGBT+ persons’ rights

This report is the result of several months of desk-based research, combined with an international fact-finding mission conducted by the International Federation for Human Rights (FIDH) in Poland, on LGBT+ persons and women’s sexual and reproductive rights in the context of the degradation of the rule of law these past three years. FIDH was able to conduct approximately 20 interviews, all in Warsaw, of a wide range of actors: civil society organisations, members of the Polish government, members of the Parliament, the office of the Prosecutor, the office of the Polish Commissioner for Human Rights, associations of professionals – lawyers, doctors, teachers – and national experts.

The findings illustrate not only a clear lowering in the protection of the rights of LGBT+ persons and women’s sexual and reproductive rights since 2015 when the Law and Justice Party (PiS) came into power following parliamentary elections, but also virulent attempts at backtracking on these rights. PiS started implementing its anti-democratic agenda in 2015 through its majority in the Sejm, profoundly undermining checks and balances, such as the independence of the judiciary or the space for civil society. This degradation of the rule of law, which has triggered strong reactions from international and European human rights bodies, has been accompanied by heightened powers awarded to the Catholic Church, and worrying attacks on the rights of LGBT+ persons and on women’s sexual and reproductive rights, left with no voice or safeguard to protect them. The current government has remained deaf to any international or European calls to stop the democratic backsliding and afferent human rights abuses, to the point where there exists today a clear risk of a serious breach of democracy, the rule of law, and human rights in the country.

Over the past three years, new attempts at further restricting women’s already very restrictive right to abortion, expanding the scope of the conscientious objection, and refusing to implement ECtHR rulings, have heightened to the point where it is currently almost impossible for women to undergo a legal and safe abortion in the country. The increasing influence of the Catholic Church in this area, and the apparent willingness of the State to leave it under its control, through numerous anti-choice declarations and public support to stricter anti-abortion laws by officials, have been extremely damaging. During this period, the weight given to the Catholic Church has also induced heightened intolerance towards LGBT+ persons, as appears from the national equality body (the Government Plenipotentiary for Equal Rights)’s refusal to deal with LGBT+ issues and favouring “family mainstreaming” instead, and from the numerous instances (e.g. in employment) where religion is invoked to justify discrimination on the basis of sexual orientation, gender identity, or expression. This, combined with attempts by the current government to incapacitate the Polish Commissioner for Human Rights, the lack of public officials’ reactions in the face of physical attacks against several organisations advocating for LGBT+ persons’ rights, and the fact that Polish law almost does not prohibit discrimination on the ground of sexual orientation, gender identity, or expression, entail LGBT+ persons’ interests are not being safeguarded. Under this context, civil society organisations and opposition parties are even reluctant to introduce new laws which would expand the rights and protection afforded to LGBT+ persons, for fear this would backlash into further restrictions of these rights.