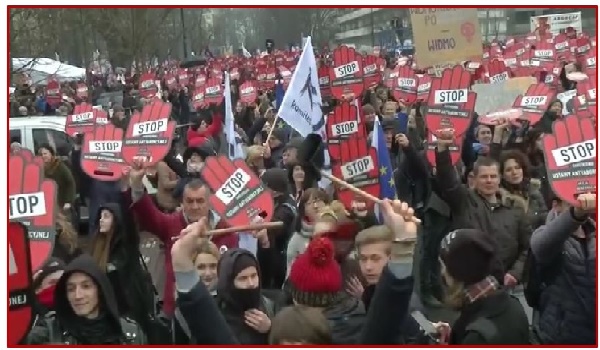 Between 55,000 and 90,000 people took the streets of Warsaw and other cities across Poland on 23 March to protest against the anti-abortion bill that would make abortion on grounds of severe and fatal fetal anomaly illegal, another #blackfriday in Poland. Watch this video (already watched more than 607,000 times) of the march. 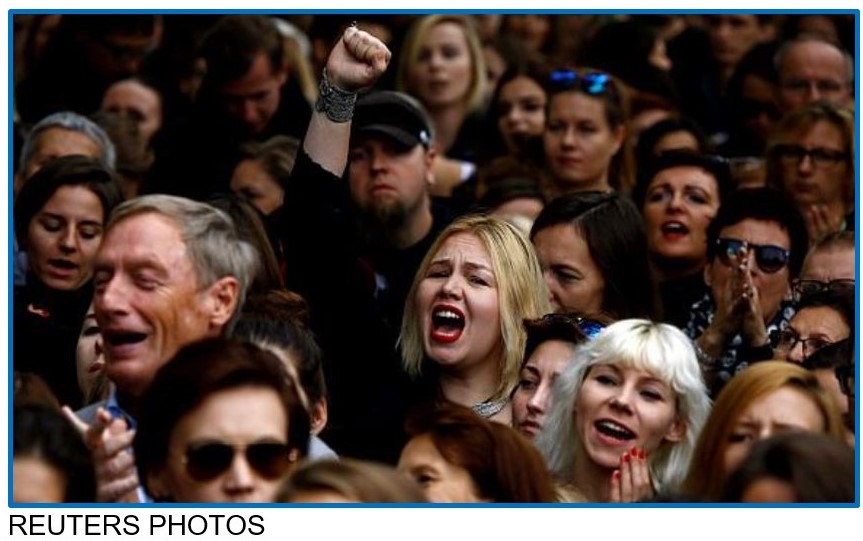 A statement signed by more than 200 human rights and women’s rights groups from around the world was also published on the Astra Network website calling on the parliament to reject the “Stop Abortion” bill, which would further limit women’s rights, place women’s health and lives at risk and violate Poland’s international human rights obligations.

Two other threats hang over women’s heads in Poland right now in addition to this bill, according to a report by the Federation for Women & Family Planning. One is a motion tabled in the Constitutional Court by a group of extremist MPs that challenges the constitutionality of abortion in the case of severe and irreversible fetal anomalies, based on the claim that it interferes with other constitutional values (respect and protection of human dignity, the legal protection of the life of every human being). The Court has already promised to rule on this case, but no steps have yet been taken.

The other threat is a bill granting fetuses the rights of patients, i.e. the right to medical services and perinatal care, with the aim of ‘empowering an unborn child in Polish law as a person and as a patient’. The Federation writes: “Women are commonly denied an access to prenatal testing or legal abortion for the sake of the fetus (even when the pregnancy imperils their health and life). We are convinced that such a legal change will objectify women further by imposing procedures that value fetal health over women’s. As one doctor commented, this would reduce women to a biological environment for the fetus. It will force doctors to pursue potentially futile medical care (e.g. to save a non-viable fetus), which could cause physical, emotional, spiritual, economic, and/or ethical hardship and harm to both women and health professionals and is therefore unethical. This draft law has been submitted to the Ministry of Health and to the Commissioner for Patients’ Rights.