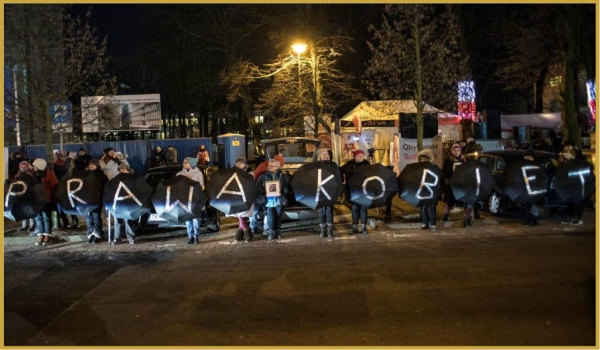 “In addition to wombs, we also have brains”: Polish women in the streets again to protest anti-abortion bill

On 13 January, women in Poland once again protested outside the parliament building in Warsaw after the Save Women bill was rejected and an anti-abortion bill making abortion on grounds of fetal anomaly illegal was sent to committee on 10 January. “In addition to wombs, we also have brains” once placard read.

The Independent reported that demonstrations in as many as 50 towns and cities were expected, organised by the coalition Polish Women’s Strike.

Please sign the petition calling on the President, the Prime Minister and Members of the Parliament of Poland to reject the bill to amendment to the Polish law (1993 Law on Family Planning) with the view of banning abortions on the grounds of severe or fatal foetal impairment.