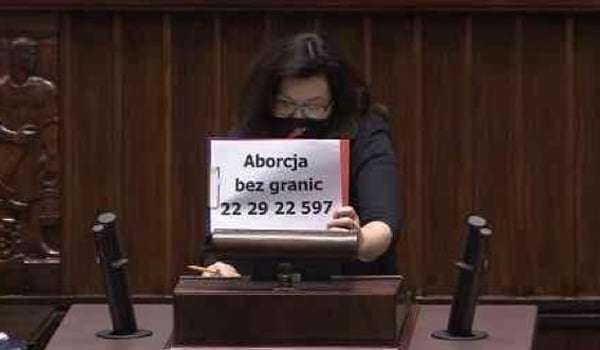 As organizations committed to the advancement of human rights and gender equality, we stand in solidarity with all those in Poland who for the last week have peacefully protested against the politicized attack on women’s fundamental human rights and access to health care.

Last week Poland’s Constitutional Tribunal issued a decision purporting to invalidate a legal ground for abortion. If this decision is given legal effect it will amount to the introduction of a near-total ban on abortion in Poland.

Thousands across Poland have protested peacefully against this unlawful and retrogressive decision. We express our deep admiration for the courageous and tireless efforts of those defending the rights of women in Poland. Women’s fundamental human rights are universal. Attacks on these rights concern everyone in society and their impact transcends national borders.

We urge the Polish Government to respect the right of freedom of assembly and peaceful protest, and to exercise restraint and refrain from excessive use of force and violence. We are deeply concerned by reports that military action is being planned to suppress peaceful protests and demonstrations.We urge the EU and the international community to monitor the situation and to act with urgency to prevent violence against peaceful protestors and attacks on women human rights defenders.

This statement has been signed by over 150 civil society organisations within only a few hours of being circulated.Text in English, Polish and Spanish and list of signatories

SOLIDARITY ACTION: Please share the following Tweet message calling on the Polish government to guarantee women’s fundamental human rights and to respect the right to freedom of assembly and peaceful protest:https://twitter.com/ReproRights/status/1321909208418275333

“When the government decides to ban safe abortions, women may decide to abort the government.”(Placard at a solidarity protest by a nude woman arrested by police in Ukraine.)

Not only stopping abortions but also stop trying for a pregnancy
After the Tribunal’s decision goes into effect, women will be able to terminate a pregnancy only in the case of rape or incest or risk to their lives; however, these grounds account for only about 40 abortions a year. Zaneta, a 30-year-old woman from a small town in southern Poland who has an extremely rare genetic disorder, terminated a pregnancy recently after the baby was diagnosed with severe malformations. The court’s ruling came as a shock to her. “I had no idea you could do that,” she said. “This ends any chances for me to have another child,” she said.

Protests continue
Women’s rights activists and many thousands of supporters have held protests daily across Poland, defying pandemic restrictions to express their fury at the court’s decision. In Warsaw, mostly young demonstrators with drums, horns and firecrackers blocked rush-hour traffic for hours at a number of major roundabouts; taxi drivers joined them in Warsaw and Krakow. Many held banners calling on the right-wing government to step down. Organisers said people joined their protests in more than 150 cities in Poland, including Poznan, Lodz and Katowice. It was one of the biggest protests against the government in recent years. In Krakow protesters chanted “This is War!”, a slogan that demonstrators have repeated often in these days.

The head of a doctors’ group,professors at Krakow’s Jagiellonian University, and many gynaecologists have criticised the ruling as ill advised, resulting in unnecessary physical and mental suffering for women.

An opinion poll conducted for Gazeta Wyborcza suggested that 59% of those surveyed disagreed with the ruling.

Members of the European Parliament and human rights experts have expressed concern, not for the first time, about deterioration in the rule of law in Poland and the legitimacy of the Constitutional Court, which is related to more than just this ruling. 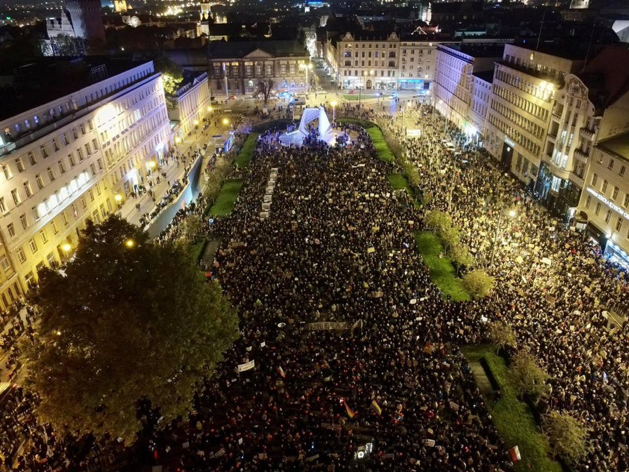