Home » News » POLAND – An anti-abortion group yet again seeks to ban abortions, this time on the ground of fetal anomaly 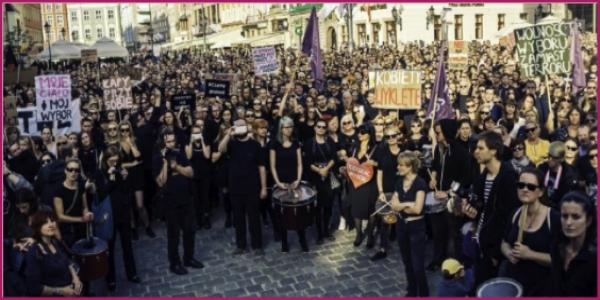 A Polish anti-abortion group recently asked the speaker of the lower house of the parliament to register a citizens’ legislative initiative called the Stop Abortion Committee. The group plan to collect signatures supporting legislation to prohibit abortions on the grounds of serious fetal anomaly, one of the few indications for legal abortion left in Poland since 1993, and the reason for almost all the legal abortions women can get. These are, however, only a tiny proportion of the abortions Polish women actually have.

In a recent article, an anti-abortion leader claims that “various surveys” show that most Poles are opposed to abortions for fetal anomaly. Details of these surveys are not offered. She seems to forget that hundreds of thousands of people filled the streets of Poland last year to reject a bill banning all abortions, and defeated it.

She also claims that “Such a change in the law, though a small one, would save many lives.” But she does not actually know how many of the fetuses she wants to save may be so badly affected that they would have no chance of survival or any form of meaningful life. Lastly, she conflates the rights of people with disabilities, which exist and must be defended, with so-called preborn rights, which do not exist under any human rights convention.