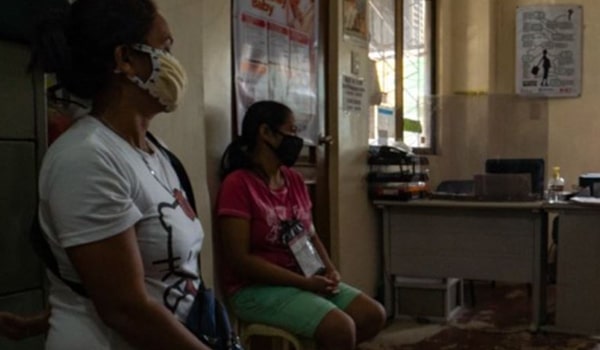 After seeing her brother locked up in a city jail despite being a minor, for charges that were withdrawn, Michelle (not her real name) discovered how poor families like hers are not treated fairly. Since then, the 15-year-old girl dreamed of becoming a lawyer but she was forced to set aside her ambition after learning that she was six months pregnant last January. Her 19-year-old boyfriend wanted to keep the baby, but Michelle insisted on getting an abortion. If they dropped out of school now, she was certain they would not be able to find decent-paying jobs.

Michelle’s story is not uncommon. A study by the Philippine Commission on Population shows that about 500 teenagers give birth each day. On the other hand, the 2017 National Demographic and Health Survey reveals that the contraceptive prevalence rate (CPR) in the Philippines is 54.3%. Compared with other Southeast Asian countries such as Indonesia, Vietnam and Thailand with CPRs of 61%, 76%, and 78%, respectively (World Bank data) the CPR in the Philippines is low.

Contraceptives and sexual and reproductive health services are even harder to access during the pandemic. Recently, the United Nations Population Fund predicted 7 million unplanned pregnancies and 31 million cases of gender-based abuse worldwide if the lockdown goes on for another six months.

By the time Michelle found an abortion provider, she was told that it was a little too late to have an abortion, leaving her with no other choice but to look for adoptive parents. Then, in mid-March, lockdown happened. Public transport was suspended. There was no other way out of the situation; she had to keep the baby. “My parents passed away. My sister is helping me but I don’t want to add to her burden,” Michelle said. “The pandemic has made job-hunting impossible.” Many workers either started working from home or have lost their jobs. Only one person per household is allowed to go out to buy food. This reduces viral spread but poses many problems for women.

The community workers from Likhaan Center for Women’s Health know these problems all too well.

With clinics across the Philippines, Likhaan offers services to women with a focus on family planning, maternal, adolescent reproductive health, and treatment and counselling for survivors of gender-based violence and for sexually transmitted diseases and HIV. Likhaan’s clinics have remained open throughout the lockdown, so their community mobilisers often received text messages from their clients asking about their services.

“Can my husband pick up contraceptives and medicines for me?”

“How can I go to the clinic if I don’t have my quarantine pass?”

“I don’t want to give birth in a hospital because of the Covid-19 disease. Can I come to your clinic instead?”

Likhaan Center also receive reports of women who are unable to escape their abusers. When they joined groups of volunteers in relief operations, their community workers took the opportunity to distribute flyers about Covid-19 and informed residents that Likhaan clinics are open for women who need their services.