Home » News » PETITION TO UNITED NATIONS: Catholics for Human Rights calls for Vatican status at the United Nations to be revoked 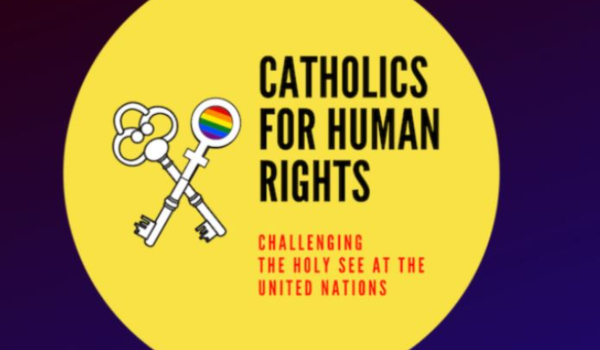 In an Open Letter dated 14 March 2019 to UN Secretary-General Antonio Guterres, Catholics for Human Rights, a group that includes members of a number of Catholic organisations and networks, has called for the Vatican to be stripped of its status as an observer state at the United Nations. The 12-page letter says:

“We urge this bearing in mind the gravity, significance, and seriousness of this demand as it is both a personal matter of conscience and a public matter of justice. In doing so, we renew calls that have been made in the past as the situation has only grown more dire and urgent. The Church’s status at the United Nations is not a harmless fiction. Given what we now know about the global scale and magnitude of rape, sexual violence, and torture perpetrated by clergy and the systematic cover-ups by Church officials, it has become clear that the diplomatic and sovereign immunities that accompany statehood have aided Church leaders in maintaining secrecy about the crimes and shielding them from investigation by secular authorities.

“Even before this dimension of the crisis became apparent, the United Nations long ago created a dangerous precedent in allowing the leadership of a religious organization to have Non-member State Permanent Observer status in processes that influence the development of broad human rights frameworks that are to apply to all people without distinction. We feel a responsibility to demand that this change since it is our religion that has been privileged above all others by having a seat as a State at the United Nations. That position provides our Church leadership with privileged access and power to influence policies and processes that affect the lives of billions of people around the world – the overwhelming majority of whom are adherents of other faiths and beliefs, or who, for their own moral reasons and conscience, do not ascribe to a faith.

“Non-member State Permanent Observer Status allows the Holy See to Non-member State Permanent Observer Status allows the Holy See to, inter alia, participate in the general debate of the General Assembly, participate in any meetings open to all Member States, make points of order, circulate proposals, and co-sponsor resolutions and decisions.4 The Holy See is also allowed to participate on the same terms as other Member States in major conferences and treaty negotiations, where it can vote like other Member States, and has negotiating power to influence text and outcomes.5 We are deeply concerned that many of the policies pursued by our Church leadership, both through United Nations bodies, and through the power and influence it exerts at the state level around the world, can and do result in violations of human rights, particularly of women and girls, and lesbian, gay, bisexual, transgender, and intersex people, in particular the basic rights to equality and non-discrimination, life, and health.

“We must respectfully point out that the United Nations is itself a subject of international law and must adhere to the foundational principles of equality and non-discrimination set out in the Charter, its founding document, and every human rights declaration and treaty adopted since…”

The letter goes on to summarise the history of how the Vatican managed to obtain observer status in 1964 and why that was a mistake.

“In allowing the leadership of the Church to occupy the privileged space at the United Nations based on a legal fallacy, the United Nations is, in effect, discriminating against billions of adherents of other religions around the world, and those who do not adhere to a particular faith or religion…. Non-discrimination on the basis of sex has also been a mandate for the United Nations since its inception and has been reiterated and elaborated in subsequent declarations and treaties…

“Using its access and privileged position at the United Nations, [the Church] has worked to impede progress in the promotion of the rights of women and LGBTI people and has taken aim at policies and recommendations concerning sexual and reproductive health and education geared to protecting the right to life and health and ensuring bodily autonomy. Church representatives have repeatedly advocated that abortion, even in cases of rape and incest, be excluded from the concept of the right to health… [while] “sexual harassment and even rape of sisters by priests and bishops is allegedly common” and sometimes, “when a sister becomes pregnant, the priest insists that she have an abortion.”

The letter ends: “The Holy See is not a State and it was not a state in 1964. Its presence as such at the United Nations violates basic principles upon which the organization was founded – in particular the rights to equality and non-discrimination. The State status gives the Church’s leadership access and power that disadvantage and discriminate against billions of people around the world. Its State status has also given it a power at the international and national level that has allowed it to shield itself against accountability for what amount to crimes against humanity – widespread, systematic rape, sexual violence, and torture of children and vulnerable adults. This harmful charade must end now. We as Catholics for Human Rights call upon your offices to make it so.”