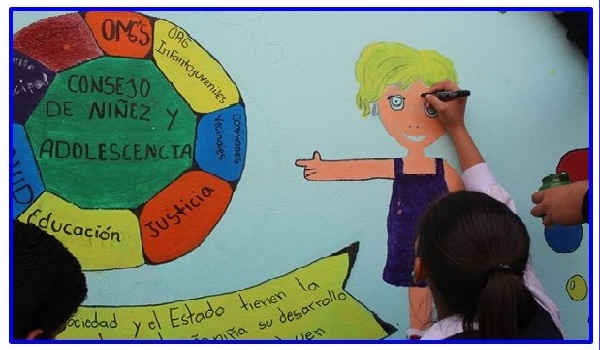 The death of a 14-year-old rape victim who has died during childbirth in Paraguay has been in all the news media there. The girl had been hospitalised for 20 days, initially for a urinary tract infection, which was followed by other complications when she went into labour. Yet doctors were still attempting to deliver the baby vaginally until she suffered respiratory complications. They then attempted an emergency caesarean section, but the girl suffered an amniotic fluid embolism and three successive cardiac arrests and then she died.

The director of the National Hospital of Itauguá told local media: “It was very sudden. They attempted advanced resuscitation in intensive care, but could not save her. Her body was not ready for a pregnancy.” However, the girl’s family believe that her death was caused by medical negligence. They say the doctors insisted she give birth vaginally even though it was a high-risk pregnancy.

A 37-year-old man who lives in the same building as the girl’s family, who is accused of raping and impregnating the girl, was apparently arrested only on 22 March 2018, according to Ricardo González Borgne, head of the National Secretariat for Children and Adolescents. “In 70% percent of cases, sexual abuse in Paraguay comes from inside the family, e.g. a stepfather, uncle, brother, grandfather. This is one of the most disturbing features. It is a cultural issue [sic] that relates to the theme of education and strengthening the rights of children,” said Borgne.

In May 2015, we published the story of a 10-year-old girl who became pregnant after being abused by her stepfather and was refused an abortion at 20 weeks of pregnancy, which made the news. This girl survived childbirth, but according to Amnesty International (quoted in the Guardian last week) she has not yet received the housing that the government promised to give her at the time. At that time, there were public rallies in Asunción and the city where the case occurred, but these were more focused on condemning sexual abuse of children rather than the illegality of abortion after rape and sexual abuse in spite of the risks of childbirth at such a young age.

According to figures from the Health Ministry, in 2015, 889 girls between the ages of 10 and 14 gave birth. According to an article we published in 2013, in 2009 a quarter of the women for whom there are records who presented to a hospital with complications after an abortion were less than 20 years old, and almost a third of maternal deaths were in young women aged 15-24 years old. These figures are considered as only the most visible part of the problem, being from deaths that were recorded in the health statistics system.

The latest data from the Ministry of Health, from a survey of reproductive health issues in childhood, including adolescent pregnancy, showed that about 15% of the women who gave birth in Paraguay did so at least once before the age of 18 years.