Home » News » PAKISTAN – That radical idea: a woman’s body belongs to her 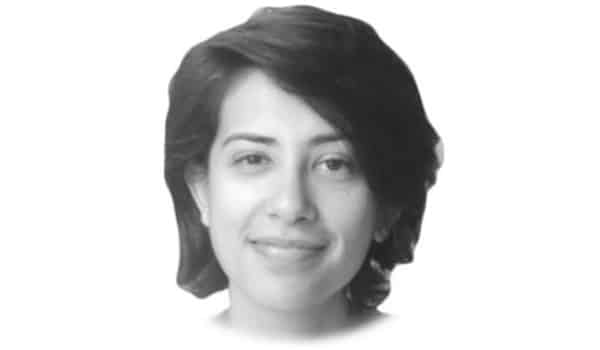 Ground reality reveals deep-rooted patriarchy that has a hold on both formal state institutions and informal ones. One would think it is simple – one’s body belongs to oneself. The reality is that a woman’s body does not belong entirely to her. It belongs to the state, family, religious institutions and ideology. Globally, controlling a woman’s body is one of the tools used to maintain the deeply entrenched patriarchal status quo. For centuries, this is how it has been, regardless of the advancement societies make. That simple idea then that a woman’s body belongs to her is in fact really, even in this day and age, a radical one.

Recent examples around the world show that very advanced societies, mostly with strong religious undertones, are still coming to terms with bodily autonomy and are unable to tackle harmful cultural practices and the rising level of violence against women and girls. Recently, Turkey saw large protests as its government attempted to withdraw from the Istanbul Convention (a treaty to combat violence against women). In Mexico, women’s rights organisations’ funding is being cut while cases of violence against women are on the rise. Poland has seen huge protests against a conservative government attempting to make laws on women’s right to abortion even stricter. With regard to sexual and reproductive health rights, America, Pakistan and Poland are among the countries that have attempted to eliminate the word ‘sexual’ in official international forums. America is also pushing for the use of the words “unsafe abortion” — attempting to denote all abortions as unsafe.

Though no official figures on all forms of violence against women are available, the Pakistan Demographic Health Survey (PDHS) reveals that in the last 12 months, 28% of women have faced some form of physical violence since the age of 15 and 34% of married women have faced some form of spousal violence. Child brides will be more vulnerable to violence and coercion. It is safe to say that domestic violence, “honour” crimes, rape and harassment are underreported. And practices such as forced conversions, forced and early marriages, and depriving women of property are widely carried out without any official acknowledgement or redress.

Only 26% of women use modern contraceptives and 17% of women have an unmet need for family planning. One reason for low contraceptive use is that religious lobbies in Pakistan have been successful in portraying sexual and reproductive health rights (SRHR) as against religious tenants. Yet, even religiously orthodox countries have achieved better results in addressing these issues. Pakistan stands where Saudi Arabia stood in 1996 in terms of the use of contraceptives. Ironically, the high, unmet demand for contraceptives among women is reflected in the very high number of abortions: it is estimated that 2.2 million abortions take place in Pakistan every year.

There are three important ingredients required to “de-radicalise” ideas as basic as a woman controlling her choices. Firstly, women must come together to form some common ground and make some minimum demands of the state. This can only be done through an honest collective of women from the left, progressive, liberal political and social divide…. across socio-economic classes, provinces and religious groups. It is also of utmost importance that younger feminists align with the old guard of inspiring Pakistani feminists

Secondly, male solidarity is important but not at the expense of maintaining and building camaraderie of, between and for women first….Thirdly, women’s movements in Pakistan must analyse and challenge both patriarchy and capitalism. In both the patriarchal family structure and the capitalist state, the basic premise is that of protecting and maintaining male interests. How do we counter that?