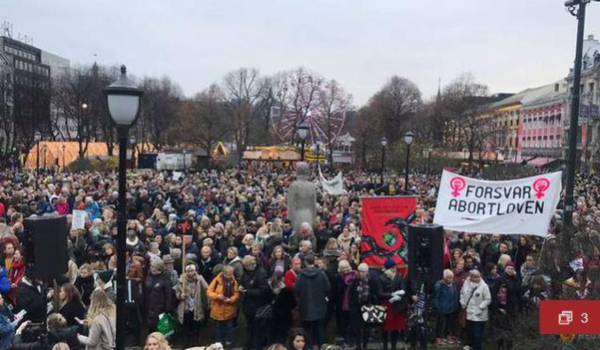 The demonstrations were called against government plans to restrict women’s access to abortion after 12 weeks of pregnancy, which are the subject of talks between the ruling minority coalition and a small party seeking to join the government. Both the coalition and the small party would gain a hold on power at women’s expense. Women are not having it.