Home » News » NORTHERN IRELAND – What a difference a day makes, especially when civil disobedience is in the air 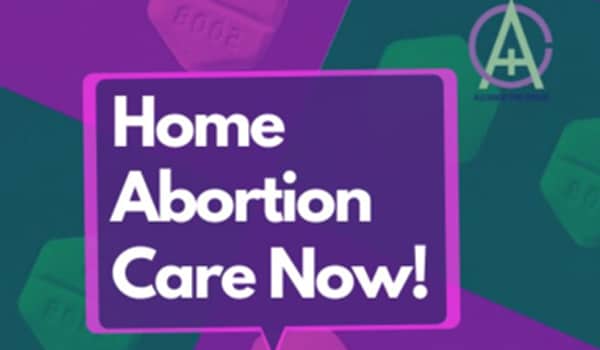 The BBC news headline said it all: “Abortions ‘can now be carried out’ in Northern Ireland”. Medical professionals in Northern Ireland can now “terminate pregnancies lawfully”, the NI Department of Health said. Last month, Northern Ireland’s abortion laws changed to permit first trimester abortions, but due to continuing backroom attempts to foil this long-awaited change by senior anti-abortion politicians, who were said to still want to “discuss the issue”, this had not been put into practice.

It was said that some of NI’s health trusts were ready to go as soon as the law was in force on 31 March, but then they were told by the Department not to proceed. For two weeks, women still had to make the journey to Britain. A Department statement claimed that the rollout of abortion services had been “impacted by the pandemic and the urgent need to focus resources on preparing the health and social care system for the surge in cases”. There was an “outcry from pro-choice campaigners and abortion providers on both sides of the Irish Sea”.

In the midst of all this, two women attempted suicide because they could not access abortion care in Northern Ireland. Others with serious health conditions needing abortions who could not leave their homes said they had been completely abandoned by formal healthcare structures.

On 9 April, Alliance for Choice NI in Belfast and Derry sent out a press release to say they were furious to learn of the continued blocking of abortion services provision, even though it was now legal. They announced that they had decided to openly facilitate “access to telemedicine in Northern Ireland until the Northern Ireland Office and our local Department of Health decide to end their continued breach of human rights”.

They knew clinical staff across Northern Ireland were willing to provide the consultations necessary for telemedicine, and this delay was therefore purely ideological. They said: “We are being told to stay at home to fight the spread of coronavirus and yet the Northern Ireland Office and NI Health Minister are forcing women to travel to England to access healthcare that should be available at home as it is in England, Scotland, Wales and the Republic of Ireland. There is no legal or medical reason for this blockage of access. We need healthcare professionals to be enabled to provide telemedicine now.”

Soon after the Alliance for Choice announcement, the British Pregnancy Advisory Service (Bpas), independent providers of abortion across Great Britain, launched ‘Emergency Abortion Pills by Post’, a telemedical abortion service for women in Northern Ireland up to 10 weeks of pregnancy in partnership with healthcare professionals from Northern Ireland “amid shameful political gameplaying with women’s health during the Covid-19 pandemic”. Following a teleconsultation with a doctor in Northern Ireland, women who are eligible will be sent abortion medication by post by Bpas. Bpas say the service will be provided under regulation 11.2.b of the Northern Ireland regulations, which allow clinicians to provide abortion by telemedicine for the purpose of preventing grave, permanent injury to a woman’s physical or mental health.

Goretti Horgan, Alliance for Choice Derry, said: “It has been widely reported in the media now that abortion services are being provided in NI, even though it is necessary to attend the clinic to take the mifepristone. The service started last week in Belfast and will start this week in Western and Northern Trusts. So, while the Bpas service will continue to be vitally important to those who can’t leave their homes, it’s brilliant to be able to say that abortions are being provided here.”

Campaigners in Northern Ireland have continued to put pressure on the NI Health Minister, Robin Swann, to follow the lead of his contemporaries in theUK and Republic of Irelandby introducing telemedicine so those requiring abortion care can speak to a doctor via a secure video link and take abortion pills safely at home — without visiting an already-stretched surgery or clinic. “It’s safe, it’s effective, it has been researched to the nth degree,” said Naomi Connor of Alliance for Choice. “Given the threat of infection posed by the pandemic, telemedicine has been adopted by the other jurisdictions as a way of ensuring abortion access without endangering those seeking it or providing it.” However, when Minister Swann referred the matter to Northern Ireland’s government, who deliberated it on 6 April, they“failed to reach a consensus”.