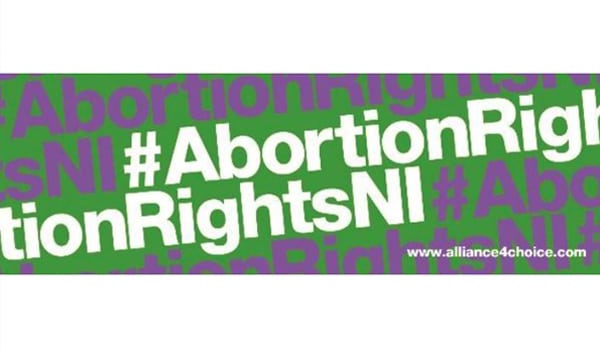 At midnight on 21 October 2019, Sections 58 &59 of the Offences against the Person Act 1861 were repealed in NorthernIreland. Marriage equality became law too!!!

The abortion law has been in place in Great Britain since 1967 but was never extended to Northern Ireland, and thousands of women and girls were barred from accessing abortions at home and with dignity. Alliance for Choice NI put out a press release at midnight with quotes from some of the supporters of the gargantuan effort to make this a reality, which has lasted for several decades. Here are some of those quotes:

“Even before new provisions and regulations are inplace in March 2020, we have now removed the most dangerous barrier for thoseneeding to access abortion pills online and medics wanting to give informationand aftercare, the threat of prosecution.”

“In 2014 when I needed an abortion and was denied one I swore I would add my voice to the campaign for abortion rights and to have achieved that is just incredible. This will never undo my experience but has given a purpose to my pain and I am relieved that no one will now have to go through what I did.”

– Ashleigh Topley from Portadown, who faced the refusal of abortion treatment, subsequent court cases right up to the Supreme Court and who now organises the In Her Shoes NI pages online

“For too long, women and girls in Northern Irelandhave been left behind their counterparts in the rest of the UK when it comes totheir human rights. Today, women can know that their houses will not be raidedfor abortion pills, they will not be reported to the police if they seekaftercare at the doctor’s, and they will not be dragged through the courts andthreatened with prison just for accessing basic healthcare. Removing the threatof prosecution is just the first step in achieving free, safe, legal and localabortion in Northern Ireland. The fight must now continue to ensure that theregulations due to come into force on 31st March are in place so that no womanas to travel to get the healthcare she needs”

– Stella Creasy, MP who tabled the most recent bill, the Executive Formation Bill Amendment, in the UK Parliament, that has now delivered abortion rights to Northern Ireland from 22 October 2019

“Today the women of Northern Ireland are finallyfree. Free to choose if, when and how many children they want to have. No morewill the state reduce women’s value to their breeding potential. We are equalcitizens. We will be shamed no more.”

In anticipation that the bill would become law, on 8 October, the NorthernIreland government published Guidancefor Healthcare Professionals on Abortion Law in Northern Ireland. This interimguidance will be in effect until 31 March 2020. New regulations will then beintroduced. The interim guidance states that no criminal charges can be broughtagainst those who have an abortion, or against healthcare professionals whoprovide and assist in an abortion. The government has made arrangements tosupport women resident in Northern Ireland who wish to access services inBritain under the existing travel scheme. In the interim period, abortions incases of “fatal or serious fetal anomaly” may be carried out. Anybodyin Northern Ireland who needs an abortion should continue to contact theCentral Booking Service on 0333 234 2184 – and from today onwards, treatment,travel, and accommodation will all be free.

Then, on 23 October 2019, Judge David McFarlanddirected a jury at Belfast crown court to acquit the woman who purchasedabortion pills for her teenage daughter in 2013 and who has been awaiting trialsince 2016.

Lastly, we send our solidarity to Alliance for Choice, Belfast Feminist Network and Project Choice, who are holding a vigil in memory of Savita Halappanavar on 28 October from 18:00-19:00 outside Belfast Town Hall. #NeverAgain

Terrific VIDEO of celebration in Derry