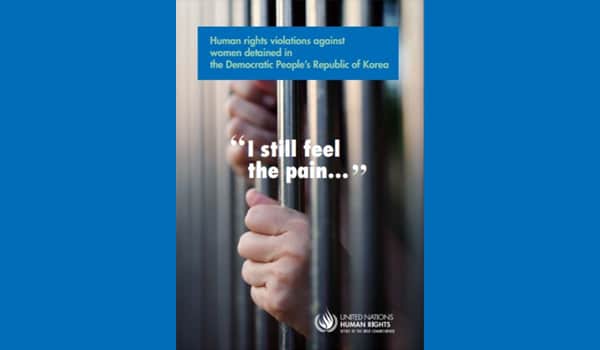 A report released by theUnited Nations Office of the High Commissioner for Human Rights(OHCHR) on 28 July 2020 describes allegations of human rights violations committed against North Korea women who are detained upon being forcibly returned to the Democratic People’s Republic of Korea. The women are said to undergo forced labour, sexual violence, forced abortion and forced infanticide in the country’s detention centres, among many other other violations. These include overcrowding, lack of sanitation, prevalence of male prison guards, deprivation of food, beatings during interrogation and for purposes of discipline, forced sitting positions, forced labour, sexual violence that includes forced nudity and body searches, rape, forced abortions and infanticide. As well as lack of access to health care and lack of a right to a fair trial.

Leaving the country without official permission is considered a crime under domestic law, and those who do so face a perilous journey during which they risk abuses, arrest and forced repatriation, followed by long periods of pre-trial detention and imprisonment. In 2014, the Commission of Inquiry on Human Rights in the Democratic People’s Republic of Korea found that human rights violations committed against those forcibly returned to the Democratic People’s Republic of Korea were widespread and systematic, and constituted a crime against humanity.

The Commission of Inquiry looked into specific violations suffered by women detained after having been caught trying to leave the country and repatriated. These included sexual violence and other humiliating acts, forced abortion against repatriated mothers and infanticide of their children. This report further explores how human rights violations affect women who have been forcibly repatriated and detained in the Democratic People’s Republic of Korea. This includes consideration of the gender-specific human rights obligations of the State towards female detainees.

The practices documented in this report are in violation of the Democratic People’s Republic of Korea’s obligations under international human rights law. They contradict commitments made by the authorities in the context of the Universal Periodic Review and obligations highlighted by the Committee on the Elimination of Discrimination Against Women to improve the respect and protection of the rights of women.