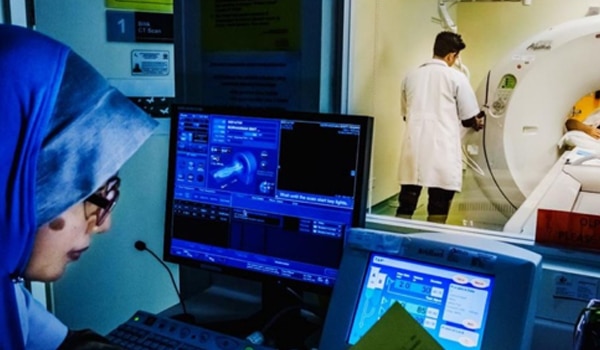 Services for the prevention and treatment of non-communicable diseases (NCDs) have been severely disrupted in countries worldwide since the Covid-19 pandemic began. A World Health Organization survey completed by 159 countries during a three-week period in May 2020 and released on 1 June revealed that in 150 of the countries, health workers had been partially or fully reassigned to support Covid-19 responses. Services for hypertension care had been disrupted in 84 countries, while 78 countries reported disruptions in treatment of diabetes and diabetes-related complications. Sixty-six countries saw similar disruptions in cancer treatment and 49 countries in cardiovascular emergency services. Rehabilitation services were also disrupted in 99 of the countries that responded to the survey, even though rehabilitation is often needed after the acute phase of Covid-19.

In the majority (94%) of countries responding, Ministry of Health staff working in the area of NCDs were partially or fully reassigned to support Covid-19.

The postponement of public screening programmes (for example for breast and cervical cancer) was also widespread, reported by more than 50% of countries. This was consistent with initial WHO recommendations to minimize non-urgent facility-based care whilst tackling the pandemic.

But the most common reasons for discontinuing or reducing services were cancellations of planned treatments, a decrease in public transport available and a lack of staff because health workers had been reassigned to support Covid-19 services. In one in five countries reporting disruptions, one of the main reasons for discontinuing services was a shortage of medicines, diagnostics and other technologies.

Unsurprisingly, there appears to be a correlation between levels of disruption to services for treating NCDs and the evolution of the Covid-19 outbreak in a country. Services become increasingly disrupted as a country moves from sporadic cases to community transmission of the coronavirus.

Globally, two-thirds of countries reported that they had included NCD services in their national Covid-19 preparedness and response plans; 72% of high-income countries reported inclusion compared to 42% of low-income countries. Services to address cardiovascular disease, cancer, diabetes and chronic respiratory disease were the most frequently included. Dental services, rehabilitation and tobacco cessation activities were not as widely included in response plans according to country reports.

Seventeen percent of countries reporting have started to allocate additional funding from the government budget to include the provision of NCD services in their national Covid-19 plan.

Encouraging findings of the survey were that alternative strategies have been established in most countries to support the people at highest risk to continue receiving treatment for NCDs. Among the countries reporting service disruptions, globally 58% of countries are now using telemedicine (advice by telephone or online means) to replace in-person consultations; in low-income countries this figure is 42%. Triaging to determine priorities has also been widely used, in two-thirds of countries reporting.

Also encouraging is that more than 70% of countries reported collecting data on the number of Covid-19 patients who also have an NCD.

“It will be some time before we know the full extent of the impact of disruptions to health care during Covid-19 on people with non-communicable diseases,” said Dr Bente Mikkelsen, Director of the Department of Non-communicable Diseases at WHO. “What we know now, however, is that not only are people with NCDs more vulnerable to becoming seriously ill with the virus, but many are unable to access the treatment they need to manage their illnesses. It is very important not only that care for people living with NCDs is included in national response and preparedness plans for Covid-19 – but that innovative ways are found to implement those plans . We must be ready to “build back better” ̶ strengthening health services so that they are better equipped to prevent, diagnose and provide care for NCDs in the future, in any circumstances.”

WHO Editor’s note: Non-communicable diseases kill 41 million people each year, equivalent to 71% of all deaths globally. Each year, 15 million people die from an NCD between the ages of 30 and 69 years; more than 85% of these “premature” deaths occur in low- and middle-income countries.

At least 80 million children under one at risk of diseases such as diphtheria, measles and polio as Covid-19 disrupts routine vaccination efforts, warn Gavi, WHO and UNICEF

Routine childhood immunization services have been significantly disrupted worldwide since March 2020, partly as a result of resources being directed towards COVID-19 responses. According to a joint statement by WHO, United Nations Children’s Fund (UNICEF), GAVI, the Vaccine Alliance, and the Sabin Vaccine Institute on 22 May, 68 of 129 (52%) of countries reported moderate-to-severe disruptions, or a total suspension of vaccination services during March-April 2020. According to the statement, this is likely to affect around 80 million children under the age of one living in these countries.