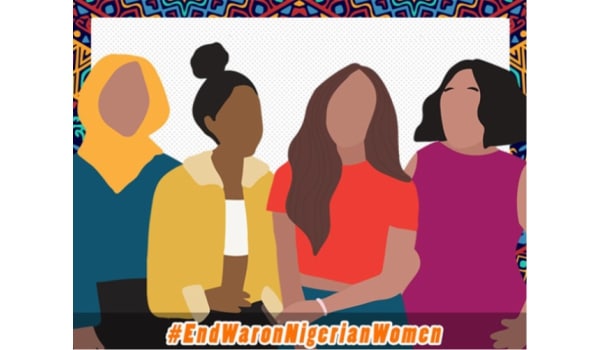 A few weeks ago, police officers conducted a raid on a Marie Stopes clinic in Lagos. They harassed patients, temporarily detained a doctor, and illegally accessed confidential documents. Immediately following this deeply unnerving attack, which came on the trail of other anti-rights incidents involving state agents, a group of Nigerian feminists, women’s rights campaigners and LGBTQI+ activists came together to ask, “what is going on?”. In the course of the digital conversation that ensued, a consensus was reached: a strategic effort to undermine the sexual and reproductive health and rights of Nigerians is underway, and women’s bodily integrity is on the frontlines.

Sexual and reproductive healthcare is extremely limited. Nigeria contributes more than 10% of the global burden of maternal deaths, despite representing only 2.5% of the global population. A 2013 study showed that only 16% of Nigerian women of reproductive age (15-49) have access to and use contraceptives. This means more than 4 out of 5 Nigerian women are unable to prevent pregnancies so when they eventually do get pregnant, those who really do not have the means or desire to have children are forced to choose between birthing children they don’t want, or risking unsafe, illegal abortion, making unsafe abortion one of the leading causes of maternal death.

In light of the above, Nigerian feminists and LGBTQI+ activists came together to increase public awareness of the war being waged on our health and bodies, drawing clear connections between incidents like unlawful detention and sexual assaults by state agents in the country’s political capital of Abuja, and police-led attacks on Marie Stopes clinics in Lagos, with a social media campaign under the hashtag #EndWarOnNigerianWomen.

Comprehensive sexual and reproductive healthcare services are essential to social and economic prosperity for everyone, not just women. Valuing life has to mean more than valuing the birth of every child that could potentially result from a pregnancy. The fact of an existing pregnancy does not automatically make any person willing, ready or able to either carry a pregnancy to term or become a good, capable parent. When anti-choice groups organise physical and media attacks on clinics like Marie Stopes which offer sexual and reproductive health services to mostly low-income women, they make it clear that they do not care about the lives of the women or even the children they claim to be so invested in. This is why Nigerian feminists, healthcare activists and women’s rights organisers have come together, under the banner of the #EndWarOnNigerianWomen campaign, to resist the jeopardisation of women and girls’ lives by such hate groups and religious fundamentalists.

The Nigerian National Strategic Health Development plan for 2018-2022 includes the need to “Promote universal access to comprehensive quality sexual and reproductive health services throughout the life cycle and reduce maternal, neonatal, child and adolescent morbidity and mortality in Nigeria.” To really care for life, all of the women, babies, children and minors captured in that statement must have access to a full bouquet of health services that allow them to live long and live well. An insistence that foetuses become babies at all costs, even when that cost is the lives and wellbeing of hundreds of women and girls, is not pro-life. It is misogynistic. And it must be resisted.