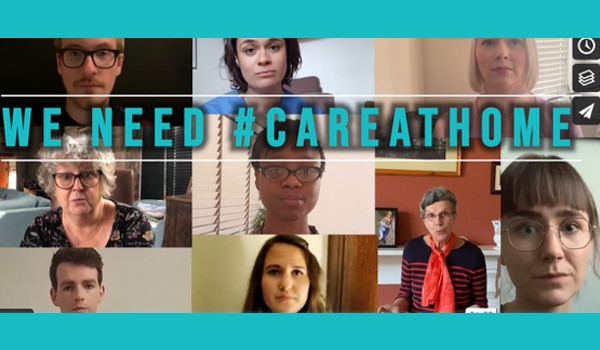 We need #care at home, by Doctors for Choice UK

A citizens’ initiative to bring Finland’s abortion laws into the 21st century has gathered more than 50,000 signatures from supporters, compelling lawmakers to consider the changes it proposes.

The proposal seeks to omit the requirement of two doctors’ permission for an abortion. According to the Feminist Association Unioni, the main sponsor of the initiative, medicalising abortion places an unwarranted burden on the healthcare system. It also unnecessarily prolongs the process, since all terminations are sent to hospitals, even though more than 95% of pregnancy terminations are with abortion pills.

The Minister of Equality, Irene Montero, announced on 7 October in the Congress that the Government will repeal the clause added to the abortion law in 2010 that required minors to have parental authorisation for an abortion. This change will apply to those who are 16 and 17 years old only, according to the Spanish family planning association (FPFE). It was drafted along with others which addressed gender equality and other gender-related issues.

However, there are other problems. Take the case of Ana, age 30, a recent arrival in Spain from West Africa, who was pregnant and had to search for an abortion for eight weeks.Since she arrived, she had to face some people who asked her not to have an abortion and a health system that did not allow her to decide because she did not yet have “papers”.They told her that if she had the baby, they would give her the papers faster, she said.But she was determined to go ahead with a termination, which she said she did not dare to speak about and trembled just remembering it.

For years, pharmacies outside the US have been shipping abortion pills to women wanting to end their pregnancies. Now, Honeybee Health is distributing abortion pills directly to patients in the country by mail, now legal because of a recent federal court ruling.

Trump’s Supreme Court nominee is sworn in despite national protests

Thousands of protesters rallied in Washington, DC and other cities across the country on 17 October to protest against Trump’s anti-abortion nominee and to call for his defeat in the November 3 election. The rallies, which organisers said were taking place in all 50 states, were inspired by the first Women’s March in Washington, DC, a huge anti-Trump rally held a day after his 2017 inauguration. Unfortunately, the nominee was voted in on 27 October 2020, 52-48 with all the Democrats opposed.

Demand for abortion pills has been rising in Thimphu, capital of Bhutan. Stories of abandonment of human fetuses and reports of unsafe abortions are not uncommon. Most abortions are illegal under Section 146, Penal Code of Bhutan, 2004. Pharmacists could lose their licence if they sell abortion pills. A gynaecologist at the national referral hospital (JDWNRH) said people wanted to have an abortion because of social or family pressure, failed family planning method or unstable financial conditions. “We are helpless when women come crying and panicking because of unwanted pregnancies. They go through huge psychological trauma if they are not ready to be mothers. Some get depression and become suicidal. We always prioritise the mother’s life.” The hospitalhas also noted an increasing trend of incomplete abortions over the years. About 400 women visited JDWNRH with an incomplete miscarriage complication in 2018 and about 316 cases in 2019. However, these numbers dwindled almost to zero during lockdown with Covid-19 and then increased again afterwards. The doctors don’t ask for the history of the patient’s miscarriage as they want women to trust the health system. Patients usually deny having induced a miscarriage by taking abortion pills, but doctors want them to come for help so as to “clean the uterus”.