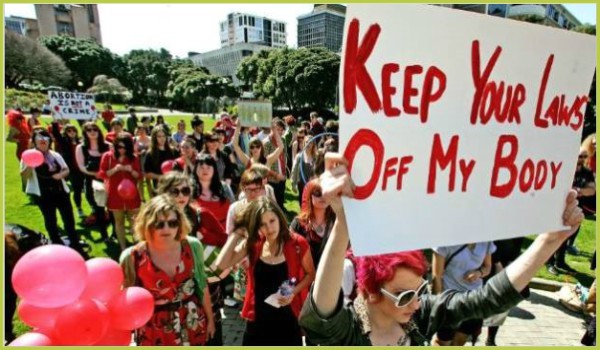 With Ireland voting to lift its ban on abortion, reports Stuff Nation, New Zealand’s abortion laws have also been in the spotlight… An abortion law advocate said New Zealand politicians should be “embarrassed” by how slowly they’ve acted on the issue compared to Ireland.

This bill, intended to be voted on on 24 May, would establish 150m “safe access” zones around clinics and potential jail time for harassment within those zones. Meanwhile, every week, women in NSW face harassment and intimidation by anti-abortion activists outside clinics. Women are told they are murderers, forced to look at graphic images, and made to listen to misleading and medically inaccurate claims about the dire consequences that await them inside the abortion clinic.

This new law sets a 50m protester-free zone around stand-alone clinics in Edmonton and Calgary. It passed 45-1, but members of the Official Opposition United Conservative Party did not participate.

Anti-abortion accusations that the bill is not constitutional are unlikely to be upheld. British Columbia has had a very similar law since 1995 and it’s been held to be constitutional. In fact, according to Joyce Arthur of Abortion Rights Coalition of Canada, based on the legal soundness of the BC law, similar laws have recently been passed in Newfoundland, Labrador, Quebec and Ontario. Alberta is following in their footsteps.