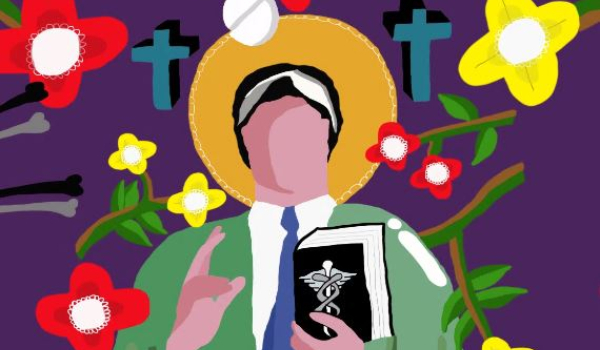 I’m 21, fresh out of journalism school, starting my first job – a junior reporter in a radio newsroom in a small New Zealand town, still wearing my university op-shop clothes… Since I’m new in this town I don’t even have a GP, so I make an appointment at the local medical centre. The pregnancy is confirmed. I’m too scared to ask any questions, so I leave the doctor’s office and make my way to reception, my head cloudy, and ask the woman – what do I do now? “Just come back at 12 weeks.”

I know next to nothing about pregnancy but I do know 12 weeks is late for a termination. “But I don’t want the baby.” I can hear the despair in my voice, I can feel the desperation on my face but she just looks at me, her own face all contempt….

Small town New Zealand in the early 1990s is not the place to be if you want an abortion. You simply can’t get one locally, and there is no abortion pill; it won’t be available for another 10 years. It has to be a surgical procedure, and that can only happen at a city hospital. I learn that the law says I need two “certifying consultants” to approve the abortion; to sign it off under the terms set out in the Crimes Act. In my case, I need to argue a serious danger to my mental health. And so I make an appointment with the doctor whose name that receptionist had given me: a certifying consultant….

He doesn’t look me in the eye; he looks at his desk or off to the side of me as if I’m not really there… After briefly inquiring about my family medical history and without asking me why I want an abortion, he tells me I don’t meet the criteria…. I tell him he hasn’t asked me why I want an abortion….My consultation descends into a ridiculous, pointless, farcical exchange – a slanging match almost – each of us trying to convince the other they’re wrong. An uneven argument, an imbalance of power where he has vested in him the ability to alter the course of my life….

Fiona, at the local Women’s Centre, becomes my lifeline…. The doctor Fiona finds tells me that whatever my decision is, it’s the right decision. I cry for a third time at a doctor’s office, this time with relief and profound appreciation…. [The abortion is arranged and takes place]… I write to the Medical Practitioners’ Disciplinary Committee to complain….

What feels like a lifetime later, earlier this year, I find him on Facebook…. I send him a message, a detailed one, (re)introducing myself, explaining what I’m doing – a story about abortion in light of the proposed law reform, and I ask tentatively whether he would consider being interviewed…. I expect no response. But I get one…. He’s happy for me to interview him – as long as he can bring his wife….

The camera starts rolling and he sits there, listening as I detail my complaint about him – I’ve kept the letter – and recount what happened in his office that day, all those years ago; that awful encounter that affected me so badly. And for the next 45 minutes he answers my questions: openly, candidly, fully. I’m conscious with his wife watching on that there are some difficult topics, some deeply uncomfortable moments. I can sense her presence and her disquiet. But it’s not for the reasons I thought.

When the interview is over, she says, “I’m glad I heard all that”. And then, turning to him, [his wife says]: “I’m glad you’re no longer a doctor”.