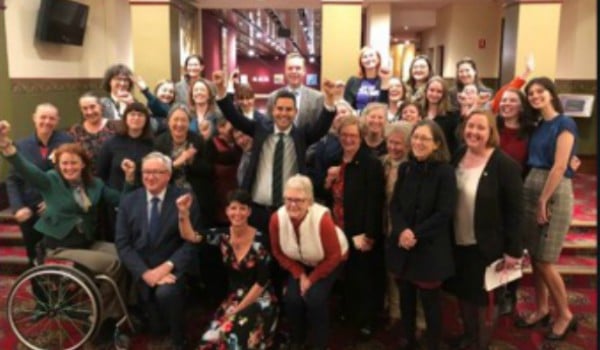 The Reproductive Health Care Reform Bill 2019, a private member’s bill to take abortion out of the NSW criminal code, passed the lower house of the NSW Parliament late at night on 8 August 2019 after three long days of debate and several amendments. MPs voted in favour of the bill 59 to 31, with many cheering and clapping after it was passed. The bill now goes to the upper house.

For the history leading up to this vote, see Campaign newsletter, 7 August 2019.