Home » News » NETHERLANDS & UK – I work in an abortion clinic in Cardiff: abusive protesters outside make my job impossible 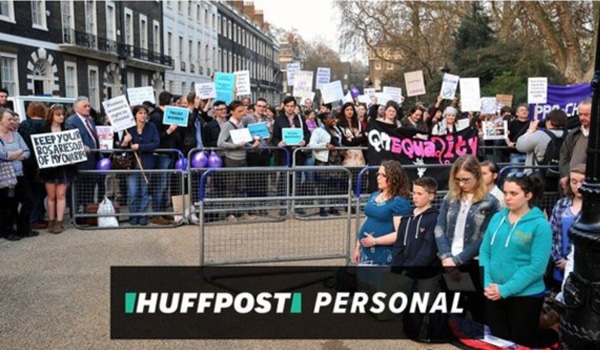 I have always been proud of my work, but these protests arebecoming increasingly devastating for me, my staff and most of all ourpatients, writes Vivienne Rose.

I have had patients who choose to change their appointment for atime outside ’40 Days’ when the protesters aren’t outside.

I have had patients literally fear for their lives after beingrecorded by protesters because their cultural background meant they would facedevastating consequences if their families found out they were pregnant.

I have had grandparents weeping because they don’t want theirgrandchild to go through any more trauma than the ordeal is already causingthem.

I have had mums who were there to support their daughters who,after treatment, refused to leave the clinic until protesters had left.

I have had to arrive early to work because some doctors will onlywork if I let them in through the fire escape. At lunchtime I have totakeeveryone’slunchorders because staff don’t want to walk through the protesters any more thanthey have to.

Years ago, protesters used to tell me they “were praying for me”,and I could cope with that. Now? They call me out by name, and shout at me:“Vivienne, do you have children yourself? Vivienne, how do you sleep at night?What do your children think?”

It is appalling that I can be harassed in this way simply fortrying to help women.

Sincethe beginning of March 2020, women visiting abortion clinics in Rotterdam and DenHaag can call on an “abortion buddy” to escort them into the clinicand past the anti-abortion protesters who are often hanging around the clinics.The ±20 volunteers’ task is to accompany women as they enter the clinic and bea screen against the protesters, at the initiative of the feminist platform DeBovengrondse and the Humanistisch Verbond.Last year, a majority in thelower house of the Netherlands parliament supported letting municipalities setup “buffer zones” around abortion clinics in the country. Noanti-abortion protesters should be allowed into these buffer zones, so that womencan enter the clinics without being harassed. But it is now a year later, and theprotests are continuing unabated. They are even increasing at some clinics,according to a survey by De Bovengrondse and the Humanistisch Verbond at 11 ofthe 14 abortion clinics in the Netherlands.