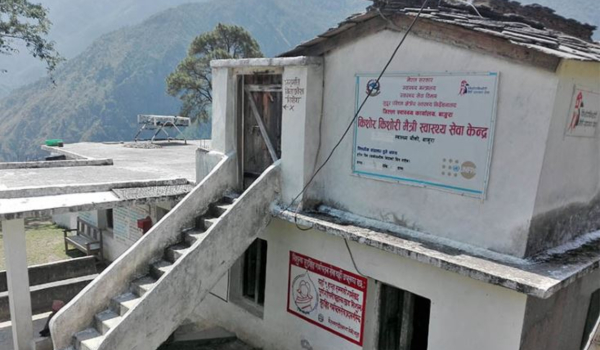 Uma (not her name) residing in Bajura district underwent two unsafe abortions and had to visit Bayalpata Hospital in Aacham district for treatment. This time around, however, she had an abortion at the local Devalsen Health Centre, because a safe abortion service has been launched there, in the village.

Like Uma, the majority of women hesitated to seek safe abortion care at the district Bayalpata Hospital, which involved a two-day journey, even though they were referred there by local nurses/midwives. Most had an unsafe abortion or gave birth to an unwanted child.

An auxiliary midwife at the Devalsen Health Centre said, “[The number of] women seeking safe abortion has risen unexpectedly as a safe abortion service has been launched here.” As of this report, 60 women had safely aborted at this facility, she said. According to Staff Nurse Sushila Singh, safe abortion services have been expanded to 13 different health centres in the district free of cost, with some 376 women benefiting as of this writing. The government provides Rs 800 per person to the centres in return for providing abortion services to women. The fund is used for employees and other management purposes.

The District Health Office in Bajura said that a safe abortion awareness programme among youths, women, and volunteers had also been launched in the district.