Home » News » NEPAL – Media coverage of abortion is not sufficient 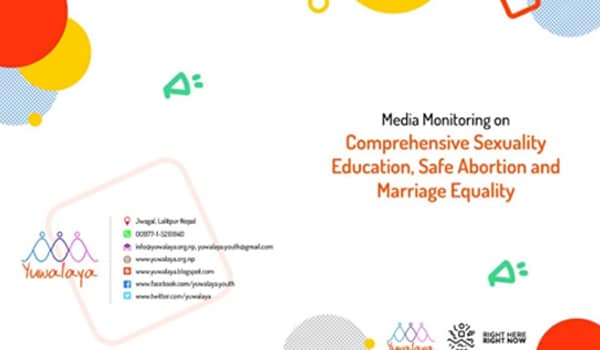 A media monitoring study by Yuwalaya, a youth NGO in Nepal, has concluded that mainstream daily newspapers of the country have not given sufficient space to issues related to safe abortion or marriage equality. The group reached this conclusion after monitoring the news reports published in 10 daily newspapers from Kathmandu throughout 2019. The report was made public in Kathmandu on 19 August 2020.

Speaking at a function organised to launch the report, the organisation’s president Santosh Maharjan said that the study team had found 390 news stories related to safe abortion, marriage equality, and comprehensive sexuality education. However, 75% of them were related to comprehensive sexuality education only, whereas the other 13% were cross-cutting, with marriage equality covered in only 8% of cases and abortion in only 4%.