Home » News » NEPAL/INDIA – Reports find that young, unmarried girls are resorting to unsafe abortions because of the failure of health services 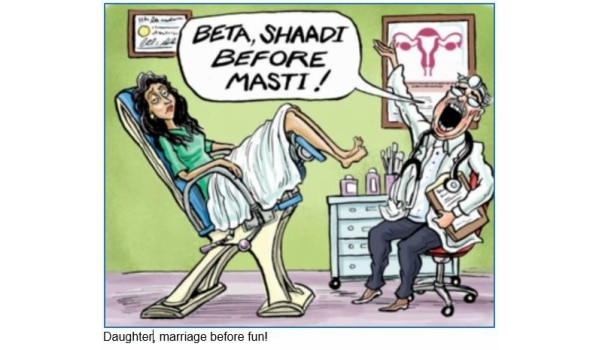 Reports from Nepal and India find that young, unmarried girls are resorting to unsafe abortions because of the failure of the health services to provide them with information and confidential abortion care

At least 12 health institutions in Rolpa, Nepal, including Rolpa District Hospital, provide safe abortion pills for unwanted pregnancy up to nine weeks free of cost. The hospital and two primary health centres also provide safe aspiration abortions up to 12 weeks free of cost. Yet it seems an increasing number of young women are resorting to unsafe abortions, having not used contraception, even though this is both costly and involves risks to their lives. Government doctors also say that abortion pills are sold illegally in private health facilities. According to records at the district hospital, at least 59 patients required blood, while 16 of them needed emergency blood transfusion following excessive bleeding due to unsafe abortion in the previous year. There are thought to be many more unrecorded unsafe abortion cases. After taking medication on their own to abort, girls attend hospital for treatment for excessive bleeding, a nurse at the Rolpa Hospital said, while a doctor at a local primary health centre and one from the hospital said unsafe abortions are rampant in Rolpa.

These health professionals offer two reasons for this. One is that the girls (who are unmarried) are not being provided with contraception, implying they lack awareness that services exist that they can use. The other is the girls’ concern about lack of confidentiality.

The following report from India confirms these problems are common. A 24-year-old single woman with polycystic ovarian disorder described the first time she went to get an ultrasound; she found the technicians were rude because they couldn’t understand why a single woman would need a scan. Most women have a story about visiting a judgmental gynaecologist, or know a friend with one. The stories involve shaming her for having premarital sex or threatening to tell her parents she has had an abortion.

Haiyya, a group working on reproductive rights, did a study among 769 young women and found that 53% didn’t know if their concerns were significant enough to see a doctor, while 18% were afraid of being judged by medical staff. Consequently, many young women were using the web to find medical treatment and were turning to unsafe abortions.

Haiyya, along with other groups they have partnered with, including Sachhi Saheli, Asia Safe Abortion Partnership, and Feminism in India, have hosted community meetings and one-on-one chats called Vagina Dialogues to understand the problems unmarried women face in accessing healthcare. They have collected hundreds of stories and created a “10 commandments” that includes principles such as confidentiality, lack of discrimination, and the importance of discussing sexual pleasure. Love Matters India, another partner, is working on sensitising the next generation of gynaecologists, with sessions in Delhi, Mumbai and Ahmedabad.

Hidden Pockets, a referral programme that helps provide medical, legal and emotional counsel, particularly for abortions, in some cases following sexual abuse at home, is active in 20 cities. They look for public health centres that are safe, clean, affordable and non-judgmental. They say 95% of people who come to them think abortions are illegal. They have also found cases of extortion. For example, a doctor in Mumbai asked for Rs75,000 because the person didn’t want her parents to find out she was having an abortion. From the other side, however, gynaecologists face the highest number of medico-legal cases, with parents who have traced them and sued them for providing their daughter with an abortion. Hence, they feel a need for safeguarding too.