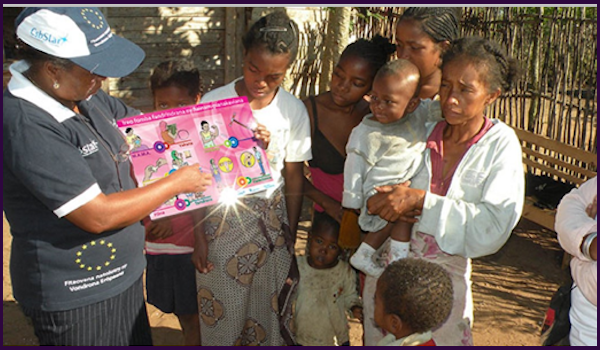 In Madagascar, our senators have preferred to evade the request to reform the law to allow the use of family planning by women.

Even in 2017, it is still difficult to address the subject of family planning freely. That is because one has to speak of sexuality and moreover “the sexuality of the woman”. Thanks to family planning, women have the ability to choose the number of children they wish to have and especially when they are ready to have them. The Demographic & Health Survey confirms a growing expressed need for access to contraceptive methods: 70% of women surveyed said they wanted to use a contraceptive method. Yet only 32.5% confirmed they did use one.

This is because between wishing to and being able to, there is a gap. First, family planning services are non-existent, there is an absence of methods, but there is also a lack of knowledge and the non-acceptance of partners. Those who wish to plan their childbearing are seen as bad, dangerous for married men and for society in general.

Clandestine abortion is a common practice among young Malagasy women. 53.5% of young women aged 15 to 24 years in urban areas have reported that they had at least one abortion during the year 2007. So this is not a new problem. About 50% of women in the Quarantaine said they have had at least one abortion before the age of 25 years. Many women choose abortion at these young ages, particularly those in rural areas, according to a study by the Institut National de Santé Publique et Communautaire (INSPC) in 2013, entitled “Voluntary termination of clandestine pregnancies”.

The challenges posed by the law, which penalises abortion, as well as the strong pressures exerted by religious and societal beliefs against abortion, are forcing women to resort to clandestine abortions. Generally, clandestine abortion, unassisted by qualified persons, is a traumatic experience for women who have chosen this path. In addition to the possible physical consequences, such as haemorrhage or infertility due to infection, complications may cause death. Women have also reported psychological sequelae. In the Malagasy culture, to get married and then have a child is a sign of an accomplished and successful life, and must happen strictly in this order. Throughout their lives, boys and girls are educated to become “fathers” and “mothers”, based on stereotypes. Male partners exercise control and put considerable pressure on women, whether to have an abortion or to carry a pregnancy to term. The fear of being abandoned by the partner dictates the behaviour of women in either case. In addition, Malagasy society does not tolerate single motherhood.

It is high time to review the Law of 17 April 1920 which governs the family planning programme in Madagascar, in order to promote universal access to contraceptive methods, including for women who are victims of sexual abuse, and including emergency contraception, and especially a comprehensive sexuality education programme adapted to the different age groups and culture of the target populations.

A woman who has been raped and subsequently is forced by society and the law to keep and raise the child who is the product of the rape knows that this child will suffer serious handicaps. Another may have a child whose life is in a vegetative state. Still another knows that she does not have the means to raise a child alone whose father has abandoned her. To reach a point where the choice is not to have the child is complex, but the right to choose is fundamental. A woman’s body belongs to her. This must be understood and accepted, because the suppression of her wishes is not a solution.