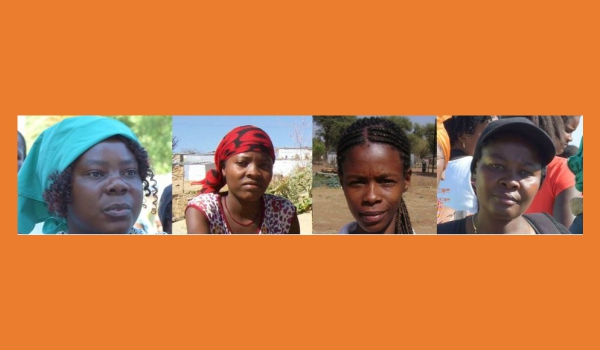 We are quoting this “news” article from New Era in Namibia to give an example of how not to write a news article about an illegal abortion. What’s wrong with this article? 1) The number of weeks the woman was pregnant is unstated. 2) The use of the phrase “fully developed infant” may or may not be accurate. 3) The fact that the report says the nurses claimed to have noticed “a tablet” in the woman’s “private parts” is odd. It is unlikely that the woman would have inserted only one pill vaginally if she was trying to induce an abortion or that only one pill would have remained and not dissolved by the time she was examined internally. Did she “confess” to using pills or not? 4) The article reports the pain started when she arrived at the hospital. Did she know she was pregnant or did the pain take her to the hospital, unknowing? This report is from a weekly police crime briefing. We follow it with other reports from a number of media of other women being arrested for abortion, concealment of birth, and more, indicative that such cases may not be unusual.

“A young woman is currently recuperating under police guard at the Walvis Bay State Hospital after an abortion attempt resulted in the death of her fully developed infant. The woman who will be officially charged with murder this week, allegedly used abortion pills to induce the termination despite being in the last stage of her pregnancy. The pills she allegedly took are readily available on the streets illegally.

“According to Deputy Commissioner Erastus Iikuyu, it is suspected that the lady obtained the abortion pills in Windhoek; and before returning to Walvis Bay on Friday afternoon she administered the pills.

“According to our information the lady developed heavy abdominal pain upon her arrival and was rushed to the Walvis Bay State Hospital for care. At the hospital, it was noticed that she was in labour,” Iikuyu explained on Sunday during the weekend crime briefing session. He explained that the nurses on duty while examining the lady noticed a tablet, they identified as an abortion pill in the woman’s private parts.

“At around 12h00 she was given an emergency operation to try and save the baby. However, it was too late and the baby girl which was fully develop died,” Iikuyu said. According to him, the woman whose condition is stable will appear this week in the Walvis Bay Magistrate’s Court on a charge of murder.

Regarding this same case, The Namibian reported on the same day that this was a nine-month pregnancy and that:

“…Police on Sunday said the woman allegedly travelled from Windhoek to Walvis Bay on Friday. On Saturday, the 25-year-old woman allegedly started complaining of pain in the abdomen and was taken to the Walvis Bay State Hospital where nurses discovered upon examining her that she had performed an illegal abortion with the use of a certain tablet. ‘A Caesarean section was immediately done on her to save the baby, but it was too late,’ said [the same Deputy Commissioner] Iikuyu.”

The article is wrongly reporting on the use of misoprostol. The way misoprostol works to induce abortion is to induce labor and expulsion (birth) – usually at such a premature date that there is no chance of survival.  But it looks like this woman did NOT have an expulsion as they did a Caesarean in an attempt to “save” the baby….   So (1) The woman had not performed an abortion (2) the fetus had died in utero – which does not happen with the use of misoprostol, where the delivered fetus is usually alive.  Indeed, misoprostol is used for induction of labor at term and does not kill the fetus in utero.

Here are two other case reports from 2016: On 13 October 2016, it was reported in Lela Mobile that a 25-year-old woman who has a four-year-old son was arrested on charges of abortion and attempted concealment of birth. A police officer reported that the woman allegedly aborted a six- to seven-month-old male fetus at her house, wrapped it in a plastic bag, placed it in a handbag, hired a taxi to drive her about 40 km distance, told the taxi driver to stop at the side of the road, and got out with the handbag. The report continues: “A few minutes later, some [local] police officers who were tipped off by a member of the public, also arrived at the spot and confronted her. The woman was still holding the handbag that contained the dead fetus. She was arrested on the spot and taken to the State Hospital, where she [received] medical attention.”

On 17 November 2016, a case was reported in the Namibian Sun of a woman aged 30 who was alleged to have used ten tablets to abort a five-month pregnancy. Police were called by her roommate, the report said, after she noticed a “bad smell” coming from the toilet room where the woman had remained inside for half an hour. Yet, the report also says the woman wrapped the fetus in a plastic bag and dumped it in the bush. She was taken to a magistrate’s court and also taken to a hospital for treatment (it was not clear in which order).

None of these articles reports whether women who have been arrested go to trial and are imprisoned or not.

In March 2017, Health Minister Bernard Haufiku announced that more than 7,000 illegal abortions were recorded at state health facilities in 2016, but that the number could be as high as 10,000 because many cases go unreported. Haufiku was quoted in The Namibian as saying: “We need to ask ourselves whether it is not time to relook at the legislation and decriminalise abortion.” His suggestion, however, was apparently met with vehement opposition in Parliament.

Benjamin Khumalo, president of the Pharmaceutical Society of Namibia was quoted in the same article as saying it was unlikely that abortion would be legalised soon, but that: “We have a terrible situation here with babies being dumped. We see the effects of illegal abortions in our hospitals, where young women come in bleeding, with ruptured uteruses.”

Bhekisisa reports that the sale and purchase of misoprostol for self-use is increasing in Namibia. One provider of misoprostol, described in this report, is: “a single mother of four in rural Namibia who has been out of work for years. She has finished high school, she says, but the only training she has in how misoprostol worked came from her supplier in South Africa, whom she has never met. He routes customers to her through a Facebook page, which promised “WE USE SAFE & TRUSTED PILL, WE TAKE CARE OF YOU, IT’S SAME DAY SERVICE!!” The Namibian provider says she makes about 1,000 rands a month re-selling misoprostol, and that she has never heard of women having serious complications from using them. She explains: “In Namibia you can’t easily find these pills. The reason we’re doing this is to help people.”

The title of the Bhekisisa article is: “’I told them I had a miscarriage. But the nurses knew what had really happened’.” That says it all. But the fact is that if this is so, then it is possible women are also being reported to the police by anti-abortion nurses and doctors and, it seems, by roommates and taxi drivers.