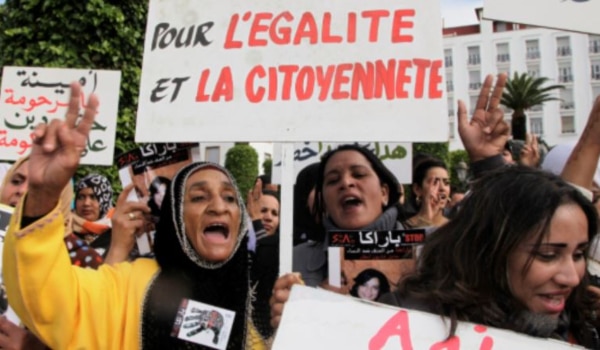 It has been four years since the King called for abortion law reform and more than a year since a bill was tabled in the parliament to accomplish just that. Touria Alaoui Skalli, a specialist in obstetrics & gynaecology and a member of the PPS majority party in the House of Representatives, has not given up and decided to table a bill once again. Her previous attempt was presented to the Social Affairs Committee in the presence of the Minister of Health Anass Doukali on 19 June 2018, but was “withdrawn” two weeks later and found itself in a pile at the Justice Committee, “among a multitude of law reform proposals that will never be discussed”. “There are those who are open to progress, to democracy and rights, and others who are blinded by conservative and religious concepts and do not even want a debate to take place,” she said.

In defending the new bill, she called for the provision of safe abortions in order to eliminate the need for clandestine abortions. She said an attempt to reform the Penal Code would take many years, so she chose the legislative path, in hopes it may succeed. Meanwhile, she said, “Every day, there are about 20 babies abandoned in garbage! These are figures that circulate even if we do not have official or exact data. Refusing to accept the status quo, she called on MPs and political parties to “go beyond electoral concerns to advance society”, and also appealed to non-governmental institutions and associations to support this bill, saying that “this scourge is unworthy of our 21st century Morocco”.

Meanwhile, the police have been busy. A so-called “clandestine abortion network” was broken up at the end of April in Marrakech, Moroccan media reported on 14 May. Two interns in medicine, a medical student and a pilot who imported anti-inflammatory drugs [probably misoprostol] from Spain, are among those arrested, said Omar Arbib, a member of the Moroccan Association of Human Rights. the man (AMDH).They are being prosecuted for illegally providing abortions and illegally importing drugs.

An estimated 600–800 clandestine abortions are carried out every day in Morocco. Unwanted pregnancies lead to many single mothers and to the abandonment of as many as 150 babies per day, according to NGOs, while children born out of wedlock are “illegitimate” by law.