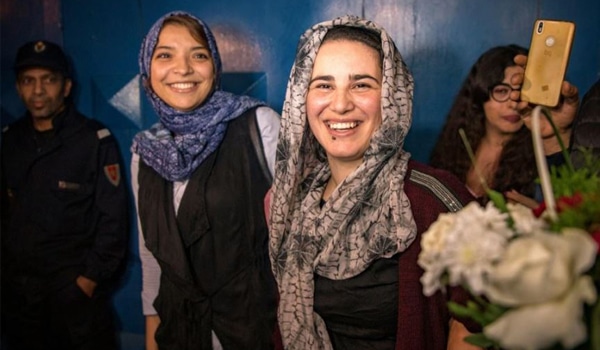 Moroccan journalist Hajar Raissouni, her fiancé, and the gynaecologist, anaesthetist and medical assistant who treated her, who were all sent to prison on 30 September for “illegal abortion” and sexual relations outside marriage, walked free on 16 October, having been granted a royal pardon by King Mohammed VI.

Thecase had sparked widespread protest and debate on personal and media freedomsin Morocco. For example, in support of Raissouni, amanifesto had been published on 23 September by Moroccan media outlets, inwhich hundreds of women declared themselves “outlaws” for also havingviolated Morocco’s laws on abortion and other social norms.

The pardon was reportedly granted on compassionate grounds. TheKing said he wanted to help “preserve the future of the couple, who wantedto establish a family in line with our religious and legal precepts, despitethe error they made”.

However,there are some 600-800 illegal abortions each day in Morocco, according toestimates by campaigning groups. Moreover, the IB Times reports, last year Morocco triedthousands of people for sex out of wedlock, 170 people for being gay and 73 forabortions.