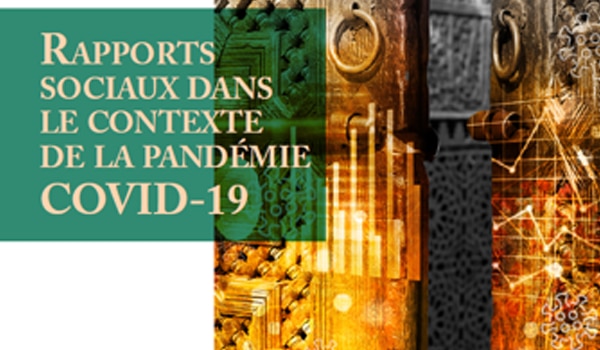 This report, published in 2020 by the Haut-Commissariat du Plan (High Commission on Planning, HCP) of Morocco, contains the main findings of several research studies on the changes in family relationships and perceptions, access to online education and access to medical care in the context of confinement during the lockdown in Morocco intended to contain the spread of Covid-19.

These research reports were discussed, among others, during a panel organised by the HCP from 15–24 June 2020, based on a representative sample of 2,169 households. The aim was to understand the evolution of socio-economic behavior and preventive measures taken by households in response to the pandemic and to assess the repercussions for the different layers of the Moroccan population – in terms of access to basic products, education, health and health care, employment and income. Here are some of the findings:

The first section covers the intra-familial and social relations during the lockdown. The study found that more time was devoted to online communications than usual. Almost 20% of men contributed to housework for the first time, but women spent six times more time on housework than men. Men became more involved in childcare than before. One in three family members had difficulty coping with the different rhythms of daily life of the other members of their family. Women and young people were the most affected by the lack of privacy during their daily activities. One in four experienced conflict with other family members. One in ten experienced problems with their neighbours… (The second section of the report looks at the effects on education of children.)…

Among the 7% of women needing pregnancy monitoring or antenatal and post-natal consultations, 26.2% were unable to benefit from these services, 22% in urban areas and 33% in rural areas, and 27% among the poorest 20% against 22% among the top 20%.