Home » News » MOLDOVA – Letter from RHTC to the Secretary-General, Government of Moldova 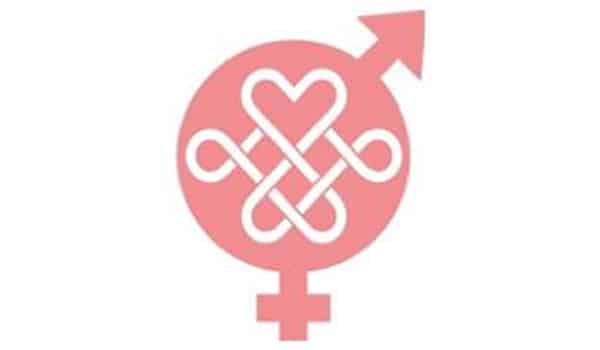 We respectfully provide you with the Reproductive Health Training Center’s (RHTC) response to the Moldova for Life’s proposal (May 7, 2020).*

The protection and promotion of the sexual and reproductive health and rights of women and men and the health and safety of mothers during pregnancy and childbirth is an important and noble cause and is the mission of RHTC, a non-governmental organization founded in 1998. RHTC is composed of a team of obstetrician-gynecologists (OB-GYNs), doctors of medical sciences, assistants and professors of the State University of Medicine and Pharmacy “Nicolae Testemitanu,” and national and international experts in the field of reproductive health.

Over the course of RHTC’s 20+ years of activity, our team has continuously worked in partnership with the Ministry of Health, Labor, and Social Protection, the Association of OB-GYNs of the Republic of Moldova, and other governmental and non-governmental organizations, at the national and international levels, in order to ensure that people have equal access to evidence-based information and quality reproductive health services, that every pregnancy is wanted, and that childbirth is safer. In addition, we have actively been involved in efforts that have facilitated the practice and development of evidence-base medicine and protocols, along with efficient monitoring and evaluation of population health indicators within this field.

At the moment, these activities and initiatives among others are included in the National Program on Sexual and Reproductive Health and Rights (SRHR) 2018–2022, approved by the government of the Republic of Moldova by way of government decision no. 681 on August 11, 2018. RHTC contributed and continues to contribute to the development and implementation of this National Program. In the National Program, ensuring universal access to quality reproductive health services, including safe abortion, is one of the main objectives.

We would like to mention that the Program is also based on the most recent recommendations from the World Health Organization (WHO), Royal College of Obstetricians and Gynaecologists (RCOG), the United Nations Population Fund (UNFPA), and other international organizations, which are developed via rigorous scientific research.

At the same time, there are many studies that do not respect key guidelines for conducting research and producing results, thus leading to incorrect conclusions that lead readers astray, especially those that are not professionals in the field and are not familiar with evidence-base medicine guidelines.

The source of the data cited in Moldova for Life’s proposal, published by the Elliot Institute, can be considered one such piece of research – presenting invalid results. All of the conclusions made in this publication have been proven to be false and misleading by other more rigorous studies accepted by the scientific community. For example, [they claim that] a systematic review carried out by the Academy of Medical Royal Colleges concluded that a woman with an unwanted pregnancy is just as likely to have mental health problems from abortion as she is from giving birth. [In fact,] the most common emotional response following abortion is relief. [Moreover, despite their claims] less than 1% of women have reported pressure from a partner or family member as being the most important reason for their decision to have an abortion.

Thus, the notion of “crisis pregnancy,” along with the idea that abortion leads to the psychological traumatization of women, were invented by the director of the Elliot Institute, along with other anti-choice activists in an effort to influence political decision making and reduce women’s access to a safe and essential medical procedure (in conformity with WHO recommendations). Likewise, according to WHO, safe abortion does not cause any consequences, except in very rare cases, that could impact future pregnancies or childbirth; abortion does not cause mental health problems, cancer, or other diseases.

The author of [these claims], who is not a specialist in this field, does not only misinterpret research conclusions but also presents incorrect information related to the situation in Moldova. In the National Standards for the Provision of Safe Pregnancy Termination, approved by the Ministry of Health of the Republic of Moldova via Order No. 482 from June 14, 2011, the following is mentioned:

“Consultation before abortion is obligatory. During the consultation, information offered should be correct, objective, and should include the following: 1) abortion alternatives; 2) support that pregnant women can obtain according to current legislation; 3) institutions that can offer this support; 4) abortion methods, potential risks and benefits of each procedure, including those related to the use of anesthesia; 5) possible complications and sequelae; (pg. 4)”

Hence, contrary to information presented in their proposal, women with an unwanted pregnancy who have accessed abortion care at a medical institution in conformity with the Law on Health Protection No. 411-XIII from March 28, 1995, and the Law on Reproductive Health No. 138 from June 15, 2012, are well informed by trained specialists about all the existing options, including continuing their pregnancy, adoption, etc, and are not persuaded to make any particular decision. We consider that it is not necessary to create additional consultation services since they are already provided on a mandatory basis to each woman seeking abortion, regardless of whether they access these services in person or remotely via telemedicine….

[Lastly,] we have absolute confidence in the systematic collection of nationally representative statistics in this field. Data are collected using best practices and indicators as recommended by WHO. Statistical data collected by the Ministry of Health, Labor, and Social Protection reflect with maximum precision the number of abortions provided in Moldova, which is in constant decline thanks to efforts of the Moldovan government and all partners, including RHTC, to prevent unwanted pregnancies through educational and awareness-raising activities and to improve access to quality family planning services offered within the healthcare system.

We will be glad to respond to any questions you may have.

*Editor’s Note: It has been our policy not to publish letters and statements by anti-abortion groups because they so often contain false information and are misleading. However, the letter to the Secretary-General of the Moldovan government which gave rise to the above response from Dr Comendant will be discussed in the next Campaign newsletter on 19 June 2020.